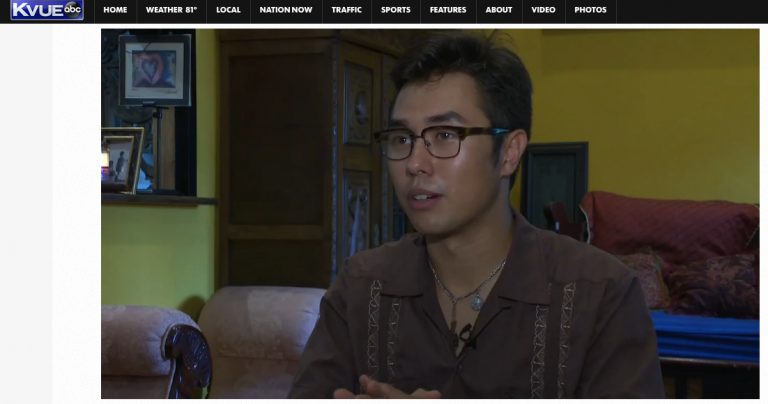 I woke up today.

And when I woke up I thought of

A friend. I thought of Kyle,

I thought of Jack,

I thought of Tamir

And those who we have lost,

This stanza from an original poem by senior at Austin High School in Austin, Texas led to him being prohibited from reading it at his graduation. Pablo Notzon had been invited to contribute a poem to his May 29 Baccalaureate Service that would reflect on something that personally affected him. His 5-stanza poem, "I Woke Up Today," closes with a call the responsibility: "I woke up today because it is my duty to / Shake those of you / who have not yet woken. / Now ask yourself, / Will you wake up today?"

Notzon told a local television news station that the Principal described the text as "too dark and inappropriate." Although the report focused on the reference to Tamir Rice, a 12-year-old victim of a police killing taken up by the Black Lives Matter movement, of the poem, an Austin Independent School District spokesperson informed NCAC that members of the local PTA, which hosts the event each year, had approached Principal Amy Taylor to express their view that Notzon's poem was inappropriate to the celebratory spirit of the ceremony because it references deceased students from the community.

Although the PTA is a private non-profit organization that contracts with the school for use of its facilities, there is apparently a "tradition" of seeking the Principal's approval of the ceremony's content. The Principal shared the concerns of these particular parents and denied Notzon permission to read the piece.

According to the spokesperson, district officials objected to the Principal's decision, and met at length with her to discuss it, as did Notzon.

NCAC wrote to Principal Taylor on May 27 urging her to reverse her decision. In its message, NCAC reminded the Principal of this student's rights and cited Department of Education guidance about how school administrators can easily "avoid any mistaken perception that a school endorses student or other private speech that is not in fact attributable to the school.” Additionally, the letter stated that it would be "unfortunate if this affair were to cast any shadow over an event that is intended to honor and celebrate the unique lives and experiences of each student," continuing:

As we see it, the value and appeal of including student voices in proceedings such as these is precisely so that they may contribute their distinctive and sometimes unexpected perspectives, perspectives with which many young participants and audience members undoubtedly resonate. In the final analysis, the baccalaureate we are talking about is Pablo Notzon's. He has chosen to make his own meaning of this moment, and it is no less dignified, no less worthy than the meaning that some adults in his community may choose to make.

NCAC was informed on June 1 that Pablo Notzon participated in the Baccalaureate Service and read his poem.