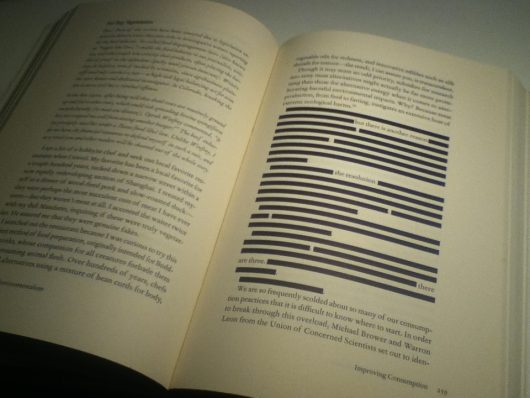 This post originally appeared on the School Library Journal and was co-authored by Millie Davis, director of the Intellectual Freedom Center at the National Council of Teachers of English.

Conflicts over beliefs and values that exist in the wider culture invariably play out in schools and libraries, often in the form of book challenges or pressures to self-censor. School Library Journal’s “Controversial Books Survey” confirms many of the impressions the National Coalition Against Censorship (NCAC) and the National Council of Teachers of English (NCTE) have ascertained from years of monitoring and intervening in book censorship controversies around the country.

To find out more about these disputes, we recently collaborated on a survey of NCTE members and friends. While we are still in the process of evaluating the results, a number of the responses we obtained from 3,180 pre-K–12 teachers appear to be consistent with the findings of SLJ, with some differences.

Sex and profanity. The most striking similarity between the two surveys relates to what librarians and educators avoid when selecting materials and what is most often challenged: sexual content and profanity. Sixty-one percent of respondents to the NCAC/NCTE questionnaire report that they avoid using material with sexual content “regularly” or “occasionally,” and 56 percent avoid material with profanity or vulgar language. They also report that when such materials are used, they generate complaints.
This is true even though many schools apparently screen out some of this material. Indeed, 16 percent of our respondents report that their schools prohibit the use of profanity and “adult” content in instructional materials, thereby preempting both teachers’ judgment and the potential for challenges.

Book challenges are common! In terms of the incidence of objections to materials, the findings are likewise consistent: 40 percent of librarians and 42 percent of teachers reported challenges in their institutions, making this a familiar phenomenon in schools and libraries.

Parents complain. Both findings identify parents as the most common source of protests. The SLJsurvey states that parents account for a majority of library challenges. The number rises in schools according to our survey, which reports that two-thirds of protests about instructional materials in schools originated with parents.

Policies. In the SLJ study, 59 percent of schools report having some sort of selection policy, while 41 percent do not. In our survey, 29 percent of respondents report a written, formally adopted policy and another 41 percent use a set of commonly accepted practices for selecting materials, with only 19 percent reporting no policy.

Choosing books. SLJ’s numbers indicate that librarians rely heavily on reviews in determining what to purchase. In contrast, 67 percent of teachers consider “the diversity of the student population and community” as the most important factor in the selection of instructional materials. Teachers also report that they rely more heavily on the opinions of other teachers than on reviews, although they also figure in their calculus. It’s worth noting, though, that each poll framed their questions on selection criteria somewhat differently.

We know that school librarians and teachers are highly attuned to the dominant values of the communities they serve and that their goal is to use their professional judgement to select the best books for the students. Yet there is a difference in how the materials they choose are used. In the library setting, there may well be greater latitude for the exercise of professional judgment and the presence of controversial materials. This makes sense, since library patrons are free to decide what books to read. Teachers, on the other hand, focus on the students in a particular class, using their professional judgement to pick a single text, or perhaps a few, to help the whole class to meet the demands of the curriculum.

Legal issues may also affect how teachers and librarians exercise their decisions. There are fewer grounds to challenge a book in the library, since reading it is optional, while curricular materials may be subject to more objections based on educational suitability and similar factors. In both cases, however, the First Amendment does not allow material to be removed because someone dislikes or disagrees with it. In contrast, it offers significant protection to assessments that are based on valid educational grounds.

The SLJ and NCTE/NCAC surveys are especially useful because book censorship is notoriously difficult to quantify and often unrecognized outside a particular incident in a particular school. The results offer the opportunity to get a better idea of what is really happening in school libraries and classrooms around the country, often out of public view.