Bulging nipples are definitely not appropriate for mixed company, a.k.a. The Facebook. Even if they are microscopic in size. Even if they are drawings and especially if they are on Eve. Or so determined Facebook this week when it suspended The New Yorker’s account after it posted a Mick Steven’s cartoon featuring Adam and Eve on its Facebook page. The social networking site has since apologized and restored the magazine’s account to freely disperse its ironical, vaguely-funny cartoons. 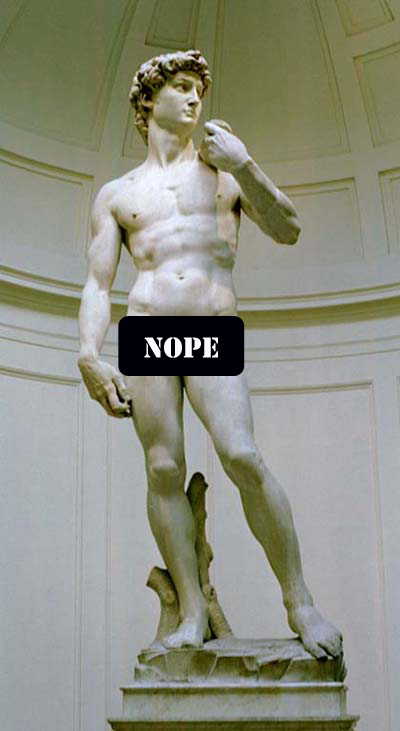 Robert Mankoff poked fun at the incident, dubbed “Nipplegate”, on The New Yorker’s cartoon blog. For your own edification, you might want to consult his detailed elucidation of offensive and non-offensive nipple dots. If you find yourself in a cartoon conundrum, remember this lesson from Facebook: “male nipples are ok.”

Don’t be misled: Facebook removals and suspension for breaching their terms of service are not abnormal. The apology was likely caused by the publication’s credibility and cultural prominence more than anything else, as drawings and artful portrayals of sex and nudity are removed from Facebook pages on a daily basis. The Daily Beast culled a few more such censored images, including Gustave Courbet’s Origin of the World.