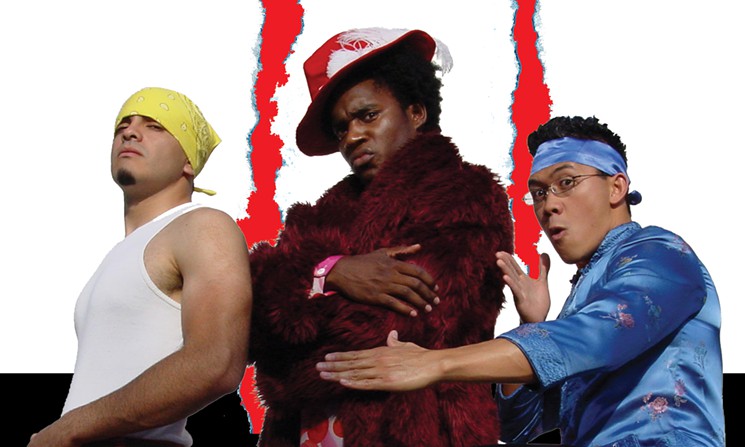 The Carpenter Performing Arts Center at California State University Long Beach was forced to abandon a production of the race-centered comedy N*GGER WETB*CK CH*NK after the university administration called for its cancellation. The university's decision prompted the resignation of Center's long-standing Executive Director, Michele Roberge, who referred to the cancellation as an act of censorship. NCAC's Arts Advocacy Program is in the process of drafting a letter to the university to denounce their decision to nix the show.

N*GGER WETB*CK CH*NK is a widely acclaimed comedy that engages race relations through confrontational humor. The project has had a long history of broad support since its origin as a student production at UCLA, and has toured extensively at performing arts centers on and off college campuses for over a decade. In fact, only last year it played to a sold-out house at the Carpenter Center. This year, however, on the basis that last year's performance "lacked educational value," university faculty and private donors moved to cancel the performance.

University spokesperson Michael Uhlenkamp said that the decision was made based on the fact that some members of the campus community objected to the material, and that “the performance wasn't achieving the goal of constructing a dialogue about racial relations.”

Prior to the cancellation, Michele Roberge, Executive Director of the Carpenter Center for the past 14 years, made it clear that if the show wasn't allowed to go forward she would resign in protest:

I knew I had to protect the idea of the Carpenter Center's ability to present artists. I just couldn't come to work every day to work at a place that condones censorship. The show is targeted for university audiences and it has won awards for the work it has done in (promoting) positive race relations, which is something I think we need a little more of these days.

The position of Speak Theater Arts, the company behind N*GGER WETB*CK CH*NK, is that having a mature conversation about the use of slurs is essential to deflating the hatred behind them. In his statement to OC Weekly, N*W*C co-star Rafael Augustin wrote:

We cannot ignore… that this occurrence also stands as critical juncture in the path of free speech on the campus of a public educational institution in perhaps our most liberal state. The same act of censorship that today may seem to protect a community may be used next time as justification to silence a community in desperate need of a voice.

The cancellation of N*W*C is also ironic in light of the Carpenter Center's well-funded, 2011-2012 campus-wide project "Banned, Blacklisted and Boycotted: Censorship and the Response to it." An in-depth analysis of the reasoning behind cancelling the show can be found here.