Decency, Respect and Community Standards: What Offends Us Now?

Previous Next
Decency, Respect and Community Standards: What Offends Us Now? 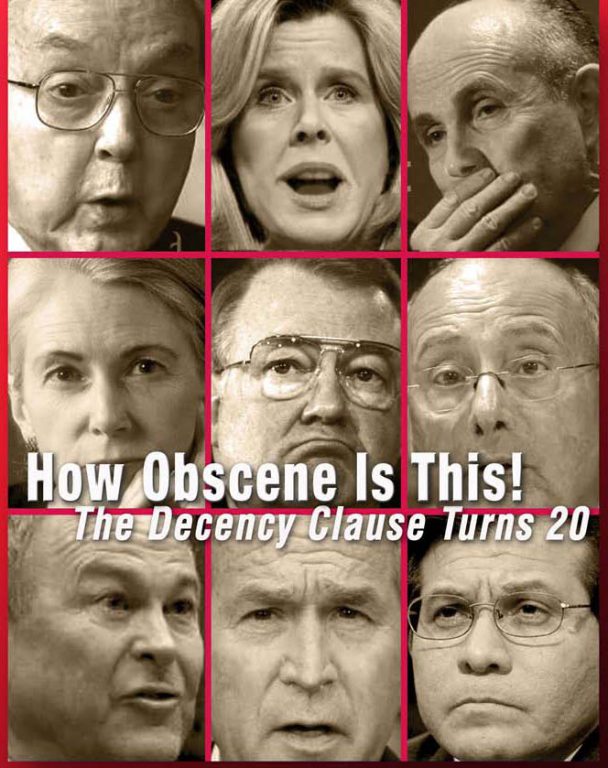 TONIGHT, NCAC and The Vera List Center for Art and Politics at The New School have invited several prominent visual artists to participate in a discussion about visual expression that provokes controversy today. Some of these artists are associated with the culture wars of the 90’s, others were more recently censored during the War on Terrorism. Have attitudes towards representations of nudity and sexuality changed since the 1990s culture wars? Are religious topics still as inflammatory? What is considered offensive or inappropriate under our current political climate?

A discussion on controversial and banned art:

The panel is part of a series of events on the occasion of the 20th anniversary of the Congressional decision to require the National Endowment for the Arts (NEA) to consider “general standards of decency and respect” in awarding grants.

For more information about the program, please visit How Obscene Is This!.