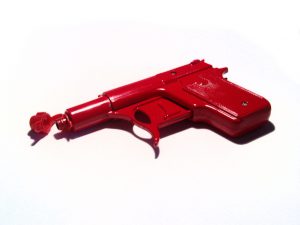 In a free speech victory for Florida's medical community, the state has chosen not to appeal against a federal court's striking down of a 2011 law, the “Firearms Owners' Privacy Act,” which prevented doctors from recording and asking about their patient's gun ownership.

A federal judge prevented the bill from taking effect after a suit, dubbed "Docs vs Glocks" was filed in protest of it. The bill's plaintiffs, which included individual Florida doctors, argued the law would infringe doctor's First Amendment rights. The National Rifle Association supported measure, billed as an effort to protect gun owner's privacy, prevents doctors from entering information about their patients' gun ownership into their records if they knew the information was not relevant to that person's health care or to the safety of themselves or to other people. It also prevents doctors from "harassing" or discriminating against patients who own guns.

The Florida Sun Sentinel reports that in three subsequent separate rulings, a three-judge panel of the 11th U.S. Circuit Court of Appeals upheld the constitutionality of the law but prevented it from taking effect. Finally, in February, a full appellate court struck down the law, concluding that, according to the Sun Sentinel, "the record-keeping, inquiry and anti-harassment provisions of the law" infringe First Amendment rights, however it upheld the provision preventing doctors from discriminating against parents who have guns. The Republican-pushed law was born out of an incident in which a Florida mother was told to find a new doctor after she refused to disclose information about the guns she owned.

The deadline to appeal the ruling passed last month, and Florida officials chose not to do so. The Executive Director for the ACLU Florida called the state's decision not to appeal a major victory for "free speech and the medical community."