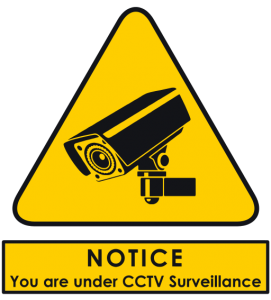 The National Coalition Against Censorship (NCAC) has joined with 41 other organizations in expressing support for the USA RIGHTS Act, a bipartisan surveillance reform bill introduced by Senators Rand Paul (R-KY), Ron Wyden (D-OR) and nine other senators on October 24, 2017. NCAC believes that this legislation is necessary to both protect citizens’ privacy and impose much needed accountability and transparency upon government surveillance of US citizens.

The USA RIGHTS Act would provide meaningful reforms to Section 702 of the Foreign Intelligence Surveillance Act, which is being used by the government to collect US citizens’ communications without judicial approval. This information is collected during national security investigations of foreign nationals. When the targets are in communication with US citizens, constitutionally protected material is captured and information can be accessed by the government through “backdoor searches” that have nothing to do with terrorism.

NCAC’s support for the USA RIGHTS Act is part of a broader conversation about the chilling effects of surveillance on constitutionally-protected freedom of speech and expression. In addition to the USA RIGHTS Act, NCAC is seeking an end to the Department of Homeland Security’s (DHS) recently revealed policy of collecting and storing social media information about foreign nationals applying for visas.

In September, the DHS issued a System of Records Notice, detailing its procedures for collecting and storing social media information, including “handles and aliases, associated identifiable information, and search results” in “Alien Files” (A-Files) used to identify immigrants in the US.

NCAC has joined with a coalition of 27 organizations in expressing concern with DHS’s System of Records Notice. Social media activity is protected speech under the First Amendment and this collection of individuals’ social media activity will inevitably create an environment of self-censorship amongst social media users. Without express authorization by statute or on-going law enforcement activity, there is no justification for collecting this information.

As immigrants regularly communicate with US citizens, this surveillance will also collect the social media activity of those citizens in contact with immigrants. In addition, DHS retains A-Files for immigrants even after they become US citizens.

Government surveillance throws a shadow over all communication, including social media, by making people afraid that the government is looking over their shoulders. In order to protect all individuals’ rights to free speech and expression, we must resist attempts to allow blanket surveillance techniques under the guise of security.

View the full USA RIGHTS Act letter below or click here for a full-screen view.