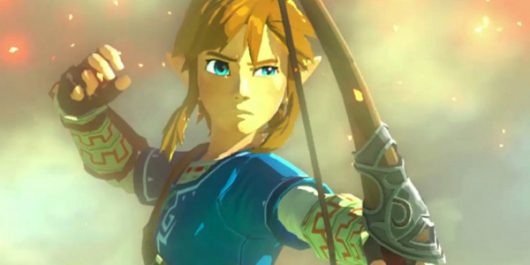 When asked on Reddit how he felt about journalists and gamers criticizing industry leaders for the general lack of playable female characters in new video games, Minecraft creator Markus Persson (aka Notch) made a bold, sweeping remark:

It's an obvious non-issue, and people who claim this trend isn't censorship are two faced liars.

When this statement is unpacked it’s hard to make a good argument in favor of Notch’s opinion. Before we get into that, what is the trend Notch is talking about?

The issue of female representation in video games became a popular topic after a big reveal at this year’s E3 reveal that left many players disappointed. Despite strong speculation to the contrary, the upcoming Nintendo title Legend of Zelda: Breath of the Wild, which could be played at the games expo, lacked a female protagonist. The revelation was met with criticism from both fans and the media alike. Their argument centered around the fact that the Legend of Zelda series has spanned almost 3 decades, with each game shaking up the formula somewhat. In each game, however, the gender of the protagonist has remained rigid.

The “trend” then that Notch is referring to seems to be people expressing opinions about the type of content they want to see from their favorite game developers. However, a consumer base debating and communicating their desires to the marketplace isn’t censorship. If anything, it’s an example of free discourse successfully in effect.

Critics and consumers alike criticize video games for a variety of reasons, so the notion that taking developers to task over their choice of characters somehow oversteps the mark and veers into censorship is dubious to say the least. Nintendo were taken to task over their lack of a female playable character in The Legend of Zelda, and they decided to still carry on and still with their male Link regardless of these criticisms. Where exactly is the censorship here?

Perhaps what Notch is suggesting is that proponents of this trend are forcing game developers to implement female characters when they feel it's not in their creative interest to do so. That may well be true. However, marketplace demand doesn't censor art. It just restricts profit margin. True, most entertainment media is profit-oriented and therefore beholden to audience demands, but that does not make consumers with particular tastes– who choose to vote with their wallets– guilty of censorship.