Kentucky Parent Warns of ‘Filth’ in Looking for Alaska

Previous Next
Kentucky Parent Warns of ‘Filth’ in Looking for Alaska 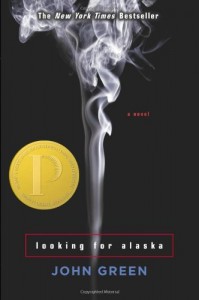 UPDATE: The reconsideration committee has rescheduled their meeting for Monday, May 2, at 4pm. It will now be an open session.

A coalition of national literacy and free speech groups are encouraging a Kentucky school district to keep John Green’s Looking for Alaska in its high school curriculum and library.

One parent in Marion County, Kentucky, expressed strong objections to the teaching of the award-winning young adult novel in his child’s 12th grade English class despite being given the opportunity to opt out and read an alternate text. His formal complaint form, which triggered a review process, calls the novel “filth” and lists his fear that the book would tempt students “to experiment with pornography, sex, drugs, alcohol and profanity.” Another resident submitted an inflammatory letter to the editor to the local newspaper, hoping to stoke outrage. Author John Green, meanwhile, rallied thousands of supporters on his Facebook page.

A school committee will be meeting on April 26 to discuss the merit of Looking for Alaska and determine its value “based on the materials as a whole, and not on parts taken out of context.” The book has been removed from the curriculum pending a decision.

The April 25 letter from the National Coalition Against Censorship’s Kids’ Right to Read Project (KRPP)—signed by American Booksellers for Free Expression, Association of American Publishers, Comic Book Legal Defense Fund, National Council of Teachers of English, and PEN America's Children’s and Young Adult Book Committee—argues that “the fact that parents who might object to reading the book had the option of requesting an alternative assignment fully satisfies parents’ desire to control the education of their own children, but would not adversely affect the curriculum as a whole.”

The letter notes the numerous honors bestowed upon the novel and urges the review committee to make its decision on sound educational grounds, rather than the subjective disagreement of one parent:

Literature helps prepare students for the future by providing opportunities to explore issues they may encounter in life. Young adult novels like Looking for Alaska may be especially powerful in this regard because they are so relatable, and, in this case, so well-written.