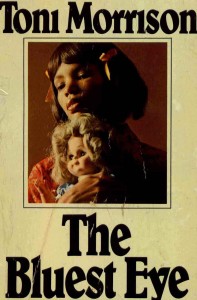 An Alaska school board has removed a selection of highly-regarded novels from a high school substitute reading list after a group of parents complained about "graphic, explicit" content.

At Nome Schools in the city of Nome, AK, an "alternative" reading list for was put up for finalization by the school board in January. The reading list is intended to serve as a substitute for situations when the primary reading list is deemed by community members to be unsuitable. 5 critically acclaimed books on the alternative list– Alice Walker’s The Color Purple, Toni Morrison’s The Bluest Eye, Khaled Hosseini’s The Kite Runner, J.D. Salinger’s Catcher in the Rye, and Sherman Alexie’s The Absolutely True Diary of a Part-Time Indian— were, however, red-flagged by a group of parents because of their content in a joint letter sent to the school board. The five books were subsequently removed from the list.

At a school board meeting to discuss the future of the books, one parent said she was concerned they contained "large amounts of profanity, sex, violence, abuse, rape, and incest.” Another said that,  “if I knew that a teacher had asked my child to read that, I would feel that my child had been assaulted.” The parents support the continued removal of the five books from the reading list.

But not everyone agrees. Other attendees at the meeting made the case for keeping the 5 novels, arguing that the books are important to "open students' eyes to these conversations." At the end of the meeting, the board ruled that all but The Absolutely True Diary of a Part-Time Indian would remain off the alternative reading list. The removed books would, however, have a place on a supplemental reading list for 12th graders, which parents can opt out of using.

All 5 of the books in question are works of significant literary merit, with some recognized as iconic classics of American literature. The Color Purple won the 1983 Pulitzer prize in fiction writing, for example. They all, however, have been frequent targets of censors in schools and libraries. 4 out of the 5 books feature on the American Library Association's list of top 100 most frequently challenged or banned books from 2000-2009.

NCAC is currently writing to the Nome school board to push for a reversal of the decision based on the pedagogical and literary value of the books in question.