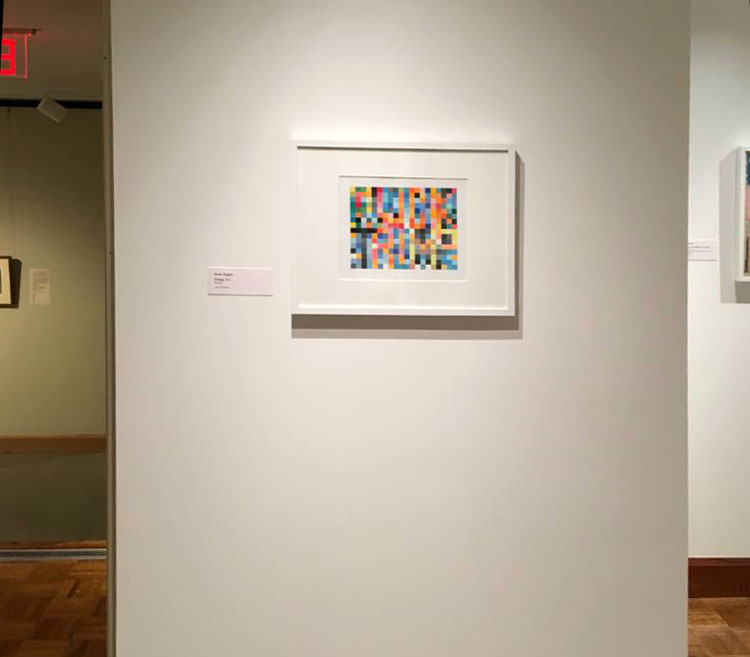 In September, the Allentown Art Museum in Pennsylvania issued an open call for artists to respond to the volatile 2016 presidential election. The call was to find works that "present critiques, lampoons, and straight-on representations of the candidates, their supporters, and issues being discussed this hectic election season.” The result was the exhibition Hues of Red and Blue: The 2016 Presidential Election. It opened on October 20 and hosted works by more than twenty artists.

The insititution's response to some of the art chosen for display was far from perfect, however.

For one, the exhibition was undermined by the fact that the Museum chose to house the more explicitly critical artworks in a nearby gallery, RE:find Gallery on the Walk. Then, in a response at best described as unwarranted and at worst censorious, a work that was initially installed in the Museum was moved to RE:find after people complained.

The work in question is a small gouache by Brian Wiggins titled "FUCK TRUMP." It consists of a colorful grid in the artist's signature style, which subtely forms the words before your eyes. After the show was installed, in the days leading up to its opening reception, the Museum was pressured by members of its board and the Allentown community to remove the artwork from the Museum. 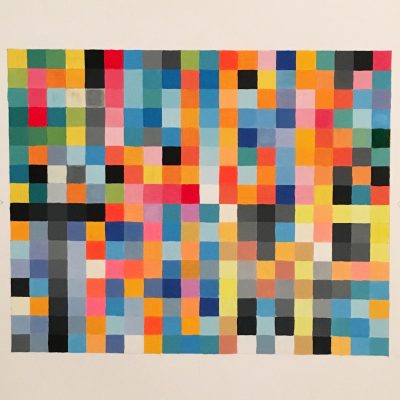 
At RE:find Gallery, "FUCK TRUMP" was in the company of other more confrontational works, such as Karle Schwartz's "Bigot's Show on Earth", depicting a grimacing Trump in the role of a larger than life B.T. Barnum character spewing fire and barbed wire onto a circus tent. The Museum continued to house several depictions of Trump, but they were either straight representations or, if not, their potentially critical message was unclear.

Compounding matters, Wiggins' name never appeared on any press materials and is notably absent from the exhibition announcement on the museum's website. A clerical error? Perhaps. But nonetheless, the removal of his work from the Museum coupled with the omission of his name from press materials effectively erases his participation in the exhibition.

In these polarizing times, political art provides a much needed forum to highlight concerns and differences. Museums are the perfect platforms to host such a conversation, but are they prepared to handle the inevitable push-back? The relocation of "FUCK TRUMP" raises the suspicion that this is not the case in Allentown, and that the Museum, for all its good intentions, shies away from works that wear their political passions on their sleeves.