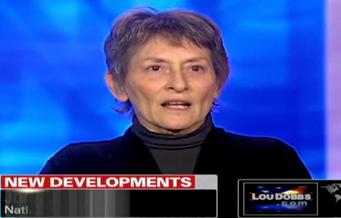 CNN’s coverage of the NY Post’s controversial cartoon from a First Amendment perspective. Click here to watch the video.

In that case, where responses were dramatically more aggravated, we wrote:

Though unprecedented in scale, the furor over these cartoons raises familiar questions.  . . .  [A]ll words and images exist in complex socio-political contexts and, as is painfully clear, can trigger disproportionate responses. Suppressing controversial expression cannot erase the underlying tension, but it does risk giving rise to a dangerously undemocratic climate, wherein satire of any group is off-limits. The line between sensitivity and censorship is a fine one indeed.

As an organization dedicated to preserving the right of free expression, NCAC cannot endorse the notion that even noxious expression should be suppressed solely because it could be used to provoke violence. More than a heckler’s veto, such a stance would invite violent and lawless action, at the expense of discussion and debate.