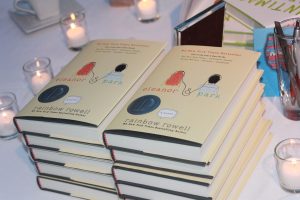 NCAC is urging an Oregon school board to reinstate Rainbow Rowell’s award-winning novel Eleanor & Park after it was removed, without review, from a school lesson plan because parents complained about the books “appropriateness.”

The Yamhill-Carlton School District in Western Oregon pulled the New York Times bestseller– without following the school's review process for book challenges– in January. The decision was made after parents complained about the presence of profanity and that passages in the book encouraged "bad behavior." The school board met in February to discuss the decision, where the vice-chairman apologized for not upholding the official review process but remained staunchly committed to the book’s removal. There, the board agreed to convene an official Reconsideration Committee to issue a recommendation on the future of the book. In the interim, the book will remain out of middle school classrooms and high school libraries

NCAC’s letter to the school district, sent in advance of the March meeting, reprimands the school for violating its own book challenge review process, and emphasizes the value of Rowell’s novel, which has inspired a love of literacy in countless young readers through its deft exploration of themes of cultural and personal importance, such as race, love and bullying.

The letter also points to the countless messages NCAC received from Eleanor & Park readers in response to its frequent challenges in schools and libraries, expressing the value of the book in their lives. One student, for example, spoke of the character Eleanor as a strong role model for girls who helped her overcome her personal struggles with her body image.