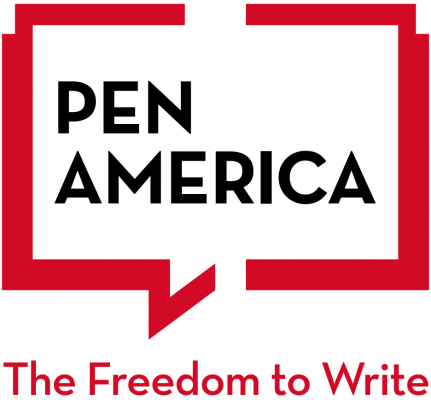 PEN America has published a report devoted to book challenges, asking what is at stake, in 2016, when books in schools and library are the subject censorship.

The bill was, in May, vetoed by Virginia Governor Terry McAuliffe who said decisions regarding school reading material are best left to school boards, which “positioned to ensure that our students are exposed to those appropriate literary and artistic works that will expand students’ horizons and enrich their learning experiences.” While acknowledging the concerns of the Virginia parent, PEN agrees that it is the responsibility of the teachers, school boards and administrators to decide what will benefit students intellectually, socially and academically- not the subjective views of select parents.

Given the subject matter of Beloved, of slavery and the American Civil War, a challenge of the sort in Virginia is more complex because it also threatens to censor discussions around race and diminish the voices of people of color. The next half of PEN's report is devoted to issues of diversity, both in terms of the disproportionate number of challenges to books that include diverse themes, as well as the lack of representation of people of color, both in books and within the publishing industry as a whole. Issues of diversity in literature, the report states, are not just important given the proportion of minority students in American classrooms, but for all students to "to put their own life experiences in perspective by recognizing from an early age that their cultures, behaviors and norms are not universal."

Matters become more delicate still, however, when the representation of these different cultures and behaviors are deemed troubling and offensive by those who live within them. PEN's report reflects on the outcry that followed the publication of A Birthday Cake for George Washington early in 2016 over accusations the writer, Ramin Ganeshram, and illustrator,  Vanessa Brantley-Newton, sanitized the past in their Disney-esque portrayal of slave life. At the time, NCAC, while noting that book's content was problematic, criticized the book's publisher, Scholastic, for pulling the book from circulation.

Our argument centered around the chilling effect the decision would likely have on future authors who want to approach similar themes in their writing. Although some disagreed, writer Daniel José Older for example spoke of literature's role of communicating life's difficult truths no matter how ugly, withdrawing a book from circulation violates the fundamental free speech principle that more speech is always better than less. NCAC believes that despite the book's flaws, pulling the book also pulls the plug on every conversation it could have inspired around the lasting legacy of slavery as well as the evils of racism more generally- something we can all agree is needed more than ever.

To this end, Banned Books Week, of which NCAC is a sponsor, begins at the end of this month and, as PEN's report notes, there is no better opportunity to engage people, young and old, in the issue of book challenges and free expression. Better still, the theme of the week this year is diversity.