A Birthday Cake for George Washington: The Problem with Banishing Books

Previous Next
A Birthday Cake for George Washington: The Problem with Banishing Books 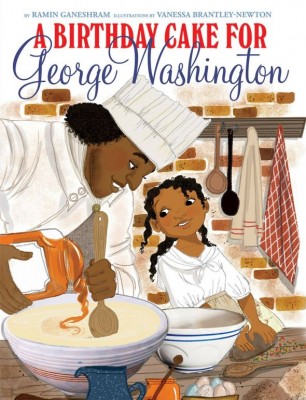 NCAC released the following statement today, along with the PEN American Center and the The First Amendment Committee of the American Society of Journalists and Authors (ASJA). Click here for a PDF version.

As organizations dedicated to protecting intellectual freedom, the freedom to write, and the freedom to read, we are dismayed by the decision to recall the children’s book A Birthday Cake for George Washington. The publisher, Scholastic Press, made the decision in response to sustained criticism complaining that the book whitewashed the reality of slavery. While critics hailed the withdrawal of the book as a victory, it should raise serious questions about whether censorship, even when it is self-censorship, is ever a ‘win.’

The book, written by Ramin Ganeshram and illustrated by Vanessa Brantley-Newton, tells the story of Washington’s slave cook Hercules. Critics such as the School Library Journal argued that the book presented an unrealistically sunny portrait of slavery; the hashtag #slaverywithasmile spread a similar message. In response, Scholastic executive editor Andrea Davis Pinkney defended the book as the product of “carefully curated research.” (We express no opinion as to the merits of the book.)

Scholastic defended the book on January 15; two days later it succumbed to the pressure and, in an act of self-censorship, pulled the book, stating that it “may give a false impression of the reality of the lives of slaves and therefore should be withdrawn.” While Scholastic was certainly within its rights to make this decision, just as the critics have a right to express their views, the end result–removal of the book–is troubling, as the reader’s opportunity to read and evaluate the text is eliminated.

There are books that can–and should–generate controversy. Books and literary criticism are vital to a thriving democracy. This latest episode follows similar criticism of A Fine Dessert, another illustrated book for children in which slaves are the main characters. Critics argued that it too presented an unrealistic portrait of slavery. But those who value free speech as an essential human right and a necessary precondition for social change should be alarmed whenever books are removed from circulation because they are controversial.

Such removals can be the product of many different political ideologies. In 2006 Vamos a Cuba was challenged by critics who thought it presented an unrealistically positive portrayal of life in Castro’s Cuba. Several books were removed from Arizona classrooms in 2013 because some considered their message, designed to instill pride in Mexican American students, too divisive. Books featuring lesbian, gay and transgender characters, such as I Am Jazz and The Miseducation of Cameron Post, frequently generate controversy, including calls for removal from schools and libraries.

While it is perfectly valid for critics to dispute a book’s historical accuracy and literary merit, the appropriate response is not to withdraw the volume and deprive readers of a chance to evaluate the book and the controversy for themselves. In the case of A Birthday Cake for George Washington, a book is gone that generated important discussions about how our nation creates, perceives, and perpetuates narratives about slavery and slave ownership.

Those who sought the removal of A Birthday Cake for George Washington and those who acceded to that request should recognize that other books they might consider valuable could be vulnerable to the same fate–censorship in the face of controversy. This outcome is likely to have a chilling effect, leading authors and illustrators to hesitate in taking on racially sensitive or politically controversial topics for fear of public outcry and reprisals. Pulling books out of circulation simply because they cause controversy is the wrong decision.