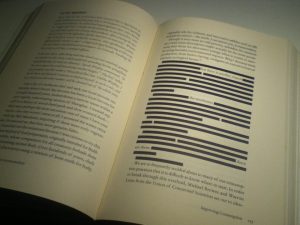 A North Carolina high school decided to stop the distribution of yearbooks and to take back books already distributed because of "inappropriate" quotes given by students to accompany their photographs; in particular, one attributed to President Donald Trump: "Build that wall." NCAC is in the process of writing to the school criticizing the decision as undermining the school's educational goals as well as First Amendment principles.

Officials at the Richmond Early College High School in North Carolina only found the offending quotes given by graduating seniors for the yearbook after it was published. A handful of the books had been distributed when the principal of the school, Tonya Waddell, noticed the "errors" and "inappropriate comments." Prior to the discovery, students had discussed the "Build the wall" quote on social media, describing it as racist and hurtful to their classmates. According to the Charlotte Observer, 22% of Richmond High School students are Hispanic.

Earlier this week, it was discovered by school administration that Richmond Early College yearbooks had errors and…

Posted by Richmond County Schools on Tuesday, May 9, 2017

No students were punished as a result of the discovery and the school did not clarify what the other "inappropriate comments" were.

NCAC's letter will underline that a primary goal of the school system "is to exercise the responsibilities of citizenship by promoting democratic values such as free expression, tolerance, and diversity." This includes diversity of opinion. It goes on to argue that the principal's decision infantilizes Richmond students, insinuating that they will not emotionally be ready to handle speech with which they might disagree.

Regardless of the the content of the quote, the decision to take back books sets a harmful precedent that controversial viewpoints will be subject to censorship if it they are deemed by administrators to be "inappropriate."