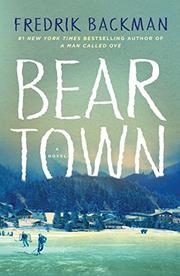 Rockingham County School District in North Carolina has banned Beartown, a 2017 novel by Fredrik Backman, best-selling author of A Man Called Ove. The school board’s decision to ban the book, cemented by vote on October 8, followed an influx of parent complaints from Rockingham County’s McMichael High School. The book had been assigned in a 10th grade honors English class until parents complained about its “vulgar”, “graphic” and “just unnecessary” subject matter. NCAC has written to RCSD superintendent Rodney Shotwell, urging the district to lift its sweeping ban on the novel and improve the transparency with which the district implements its own book review policy.

According to the school board, the new English teacher who assigned Beartown at McMichael High School was not aware of the curricular approval procedure for choosing a new text. Rockingham County School District followed this apparent policy breach with its own: neglecting to adhere to its own book challenge procedure. District policy states that objections to curricular materials must be evaluated by an advisory committee before being removed. Such a committee was wholly absent from the school board proceedings leading to Beartown‘s ban. The Comic Book Legal Defense Fund suggests that “the teacher’s error in not following the guidelines for adding texts has created a situation where the school board can then neglect protocol in handling the challenges.”

Beartown is a bestselling novel named one of the best books of 2017 by Goodreads. The story looks at a small town’s reaction when the star of its beloved hockey team is accused of rape. Kirkus Reviews writes: “It’s part coming-of-age novel, part study of moral failure, and finally a chronicle of groupthink in which an unlikely hero steps forward to save more than one person from self-destruction. A thoroughly empathetic examination of the fragile human spirit, Backman’s latest will resonate a long time.”

Read the full letter to Rockingham County School District below.