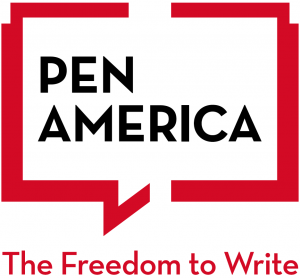 NCAC partner organization PEN America yesterday released the following statement addressing the news that the Trump administration prohibited several government agencies from speaking to the public. The order was sent in emails to the Environmental Protection Agency, the U.S. Department of Agriculture and the Department of Health and Human Services. PEN America's press release can be read in full below.

NEW YORK—Orders from President Trump  issued to several federal agencies to cease all communications with Congress, the press, and the public are incompatible with American democratic values of government transparency and the public’s right to know, PEN America said in a statement today.

Multiple sources inside the government have told the press today that the Environmental Protection Agency,  the U.S. Department of Agriculture, and the Department of Health and Human Services, have told employees to cease external communications, including press releases, blog and social media posts, and correspondence with other public officials.

Federal employees have expressed concern that the communications blackouts will impede work, disrupt communication across branches of the government, and leave the public in the dark.

“Blanket orders from the Trump Administration preventing the staffs and experts of federal agencies from communicating with the public send a chilling message that every governmental communication, no matter how routine or technical, will now be subject to a political litmus test,” said Suzanne Nossel, Executive Director of PEN America. “Federal officials are being cut off from the American public, impairing their work and denying the American citizenry access to necessary information and understanding about the work of our federal government. These blunderbuss and draconian measures infringe upon free expression and the flow of information and ideas, imposing constraints that befit an autocracy, not American democracy. They should be rescinded immediately.”