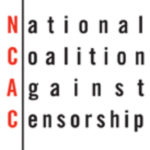 UPDATE 3/20/2017: The Cherry Hill High School East has received an award for it's decision to perform the musical Ragtime with racial epithets included.

Musical Theatre International (MTI), which licenses musicals like Ragtime for school performances, has awarded Cherry Hill East its Courage in Theatre Award, an award given to an “organization that uses the power of the arts to affect positive change in their community in the face of adversity.”

"We at Music Theatre International were impressed with the maturity, dedication and courage of the Cherry Hill East community not just in persevering with their production of Ragtime but in engaging in thoughtful, often emotional, debate as to the merits of proceeding with the show. In our licensing of a wide variety of musicals to schools around the world, we see many instances where the performers and audiences learn about culture, history and the arts through their productions. At a time where civil and respectful discourse can be difficult to find, we were particularly moved by the Cherry Hill community's in-depth consideration of the issues surrounding this production and ultimately by the decision to use the show as an instrument of education," MTI President Drew Cohen said.

UPDATE 1/27/2017: After a school board meeting and NCAC action, Cherry Hill High School East have announced they will perform the musical will racial epithets included.

A letter from the school's superintendent said about the decision: "

We will present resources and conversation regarding the production at each performance. We will make it abundantly clear that we loathe the N-word, that we despise this most vile of words in our language. We have been offered professional support in this endeavor from within the Cherry Hill Schools community and from professionals outside the community.

The National Coalition Against Censorship (NCAC), the Dramatists Guild and the Arts Integrity Initiative at the New School have written to members of a New Jersey school board asking them to reverse a decision to remove racial epithets from a school performance of the musical Ragtime. The language, NCAC argues, reflects a historical reality and its inclusion will help to educate students about the ugly reality of racism.

For the past several months, the Cherry Hill High School East in New Jersey has been working on a school production of the award-winning musical Ragtime, which depicts the lives of a wealthy white American family, a family of Jewish immigrants, and an African-American ragtime musician in Harlem at the turn of the 20th century. Characters use racial slurs at several instances in the script. Last week, a local branch of the NAACP condemned the school’s decision to perform a musical that includes the use of racist language. The school responded by announcing they will be “removing the offensive language from the enacted script”

The school board met on the evening of January 24th to discuss the decision. According to the Philadelphia Inquirer, at the meeting students involved in the production made passionate pleas to keep the censored language arguing that the musical is a medium through which racism can be understood, tackled and overcome.

NCAC’s letter, sent on the 24th prior to the board meeting, argues along similar lines. It underlines the power of a musical to convey social circumstances in powerful and thought provoking ways. Over the course of a production and its performance, actors and audiences get to intimately know the characters, who often exist in completely different worlds to their own. Ragtime is no exception. By engaging with the reality presented in the musical, students are given an accurate and profound understanding of the uglier elements of American history. Redacting the language, the letter argues, will only white-wash the past.

It also argues the school could be charged with copyright infringement for redacting the script, which could lead to a revocation of Cherry Hill's right to put on the performance.