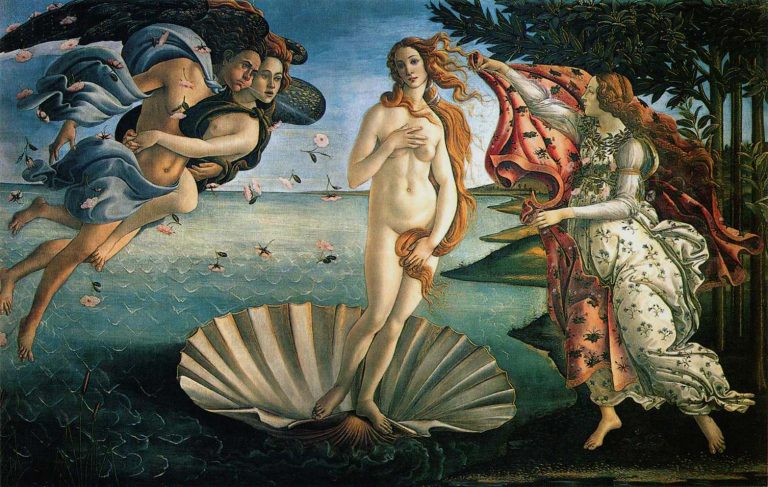 Last week, the Plano Independent School District in Texas decided to pull a humanities textbook that is used by freshmen and sophomores in the district’s gifted and talented program. The book in question, Culture and Values: A Survey of the Humanities: Alternative Volume, is a survey of various pieces of artwork throughout history.  Apparently, a couple was concerned that their daughter was exposed to some unsavory pieces of art that exposed full-frontal male genitalia.

You may ask yourself what historical artworks could have caused this couple to express their concern with the school district.  In case you aren’t sitting down already, make sure you do so.  49 offending photographs from the book were brought to the board.  Among them were Michelangelo’s David, The Kiss by Auguste Rodin, Botticelli’s The Birth of Venus, and works by Goya, Manet, and other well-respected historical masters.  These works represent the best of human creativity, expression, and civilization.  However, the Plano school didn’t bother to consider that when they started pulling the books from some of the classrooms.

This sad action, though, did come to a happy denouement.  The banning of the book sparked a mass action from the students and parents of the Plano school district.  They called and emailed the board of their displeasure with their actions, accusing them of censorship.  A former Plano student even created a Facebook campaign against the board’s decision.  It attracted more than 500 followers.  Finally, on Monday, the district announced that they were scrapping plans to get rid of the book.  An associate superintendent claimed they misinterpreted district policy and made a mistake as to how the book was “classified.”

Whether or not book classification was the true reason for this misunderstanding, the important thing is that Culture and Values: A Survey of the Humanities: Alternative Volume is back in the classroom so students can learn and appreciate classic art.  It is truly a breath of fresh air to see a community rise up against such senseless censorship that is due to just one set of parents.  I wish more towns would act this way when their local school board decides to ban some piece literature or other artwork.  As Plano student Abby Krach said, “It would be ridiculous for us to learn about Greek art without ever looking at some of its most famous and significant statues.  It’s just as ridiculous as removing everybody’s book because of one parent complaint.”