Reading Below the Fold, and Between the Lines

Previous Next
Reading Below the Fold, and Between the Lines

After a member of the La Salle University’s faculty hosted an optional symposium with special guests (read: exotic dancers), the editors of the university’s  paper The Collegian knew they had a story on their hands.

Executive Editor Vinny Valla and The Collegian staff address the "above the fold" ultimatum.

One of the Collegian staff members interviewed two students who had attended the conference, as well as university officials and the professor himself.  But the Dean of Students kiboshed running the story until after the university finished its investigation.

In the meanwhile, a blog broke the story –as strippers at a Catholic university event are going to make news– and other media outlets followed up.  But the contents of those articles contradicted the eye-witness, on-the-record statements gathered by The Collegian.  When the paper was finally allowed to publish, the university barred them from running the story (which was already in the commercial press!) “above the fold.”

And as you can see from the picture, The Collegian complied with that request, albeit with an innovative use of layout and margins.

“I think what we are seeing at La Salle belongs under the headline, above-the-fold, of ‘censorship fail.’ Had the university just kept quiet, absolutely no one outside of the La Salle community would have paid any mind to this story and it would have blown over in a day. Instead, by trying to conceal unpleasant news, La Salle has succeeded in doing just the opposite – drawing exponentially more attention to it. This is why censorship is such a sucker’s bet – because it almost invariably fails, and fails embarrassingly. Surely La Salle must recognize that they’ve announced to the entire country that they view their students contemptuously as incapable of exercising independent judgment. That will look great on the cover of the next recruiting brochure. La Salle needs to join the 21st century and join the ranks of excellent private institutions including Notre Dame and Tulane that grant their students First Amendment-like freedoms as a matter of university regulation, recognizing that this creates a superior educational experience and a more respectful learning environment for the adults – and they are adults – attending these institutions.”

LoMonte calls it “censorship fail”, but when censorship merely amplifies the reach of a story we like to call it: 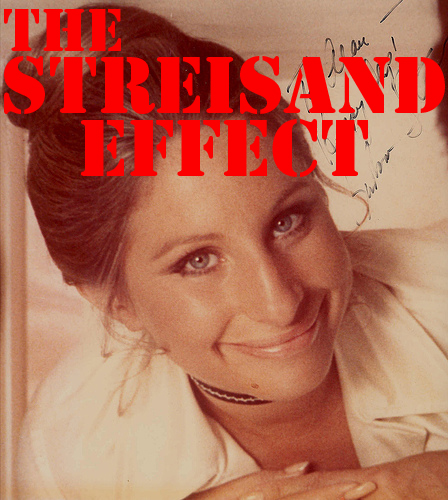