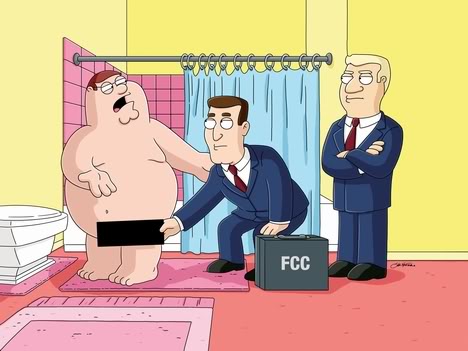 On Monday, June 27th, the Supreme Court announced that upon returning from its summer recess in October, it would revisit the Federal Communication Commission’s rule that allows it to fine broadcasters for “indecency.” Last year, the New York-based 2nd U.S. Circuit Court of Appeals ruled that the FCC was violating broadcasters’ free-speech rights. The Court also stated that the FCC’s rules are unconstitutionally vague, not giving broadcasters fair warning of what constitutes a violation. In April, the Justice Department appealed to the Supreme Court over the ongoing confusion on the FCC’s enforcement of moral standards in broadcasting, stating that the Appeals Court rulings “preclude the commission from effectively implementing statutory restrictions on broadcast indecency that the agency has enforced since its creation in 1934.” The Obama administration appealed to the Supreme Court saying that the ruling impeded upon the FCC’s ability to effectively enforce broadcast indecency restrictions, also arguing that the FCC’s policy is constitutional.

The FCC was prompted to tighten its rules in 2003 after an episode of NYPD Blue on ABC showed the full buttocks of a nude woman, and Nicole Richie, Cher, and Bono’s speeches at awards shows included curse words. The FCC responded in 2004 by prohibiting “single uses of vulgar words” under any circumstances on broadcast television between 10 am and 6 pm, when the FCC believes children are most likely watching, fining networks that didn’t comply. Even one un-bleeped aired profanity could lead to multi-million dollar fines for networks after Congress increased potential fines to $325,000 per violation after two years. Broadcasters sued, arguing that their First Amendment right of free expression was infringed by vague and inconsistently applied FCC obscenity rules. But in 2009 in a 5-4 vote, the Supreme Court ruled that the FCC did have the authority to enforce the rules against networks, declaring that the agency’s procedures were “neither arbitrary nor capricious.”

In its decisions, the FCC often looks to the 1978 case against Pacifica, in which George Carlin’s comedic routine, “Filthy Words,” received censure for allegedly violating FCC regulations. But with the major changes in the media landscape, such as the widespread presence of cable television and Internet video sites, which are not subject to the same restrictions as over-the-air broadcasters, the justifications of previous rulings might be undermined.

There is also danger in the hazy lines between “decency” and “indecency” as defined by the FCC that leads to an immense amount of self-censorship by broadcasters, performers and producers alike. The organization’s inconsistency doesn’t help either. While the FCC deemed the language in The Blues unacceptable, it allowed Saving Private Ryan to air, even though the language used in the two films is similar. According to the FCC, the language used in Saving Private Ryan was “integral to the film’s objective” of portraying the life of a soldier. The ambiguous distinction causes broadcasters to when in doubt, censor themselves. As a result, there have been many incidents in which TV shows have been canceled in order to avoid a steep fine. This fear incited into networks by the FCC leads to an inevitable loss of creative content and the suppression of free speech.

The Supreme Court’s ruling next fall could set a critical precedent for how governments are allowed to regulate broadcast speech. If the Supreme Court decides to rule against the FCC and could be monumental in protecting the First Amendment rights of other forms of media.