It’s About Time We Have “The Video Game Talk” 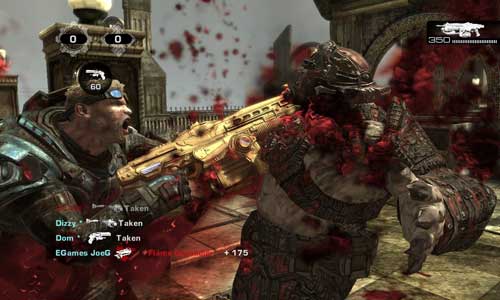 Last Monday the Supreme Court ruled 7-2 to strike down a California law that banned the selling of violent video games to minors. The Supreme Court ruled that video games are allowed the same protection under the first amendment as books, plays, and movies. The ruling also distinguished the California statute from the Ginsburg vs. New York decision, in which the court ruled that material that is not considered obscene for adults (in this case a “girlie magazine”) may nonetheless be harmful for children, and its marketing and sale may be regulated. Through this distinction, the court has established separate standards for regulating the sale of violent content from sexual content to minors.

Bloggers, journalists and television personalities alike have been debating the implications of this particular distinction. Those that are critical  assert that there should not be a discrepancy between how violence content is treated under the law and how sexual content is treated. It does seem counter intuitive that it is illegal to sell a minor material with, for example a naked woman on it, when the retailer could hypothetically sell that same minor a video game in which he maims, kills or rapes a computer-simulated female, a point that Justice Breyer made in his dissenting opinion.

However this does not mean that the reasoning behind the ruling was necessarily incorrect but rather it points to how difficult it is to establish standards for defining obscenity, a form of expression that is not protected by the First Amendment.  It is nearly impossible to derive legal standards for classifying potentially obscene content because it is subjective and invites many different opinions, attitudes, beliefs and values.  This type of material also features various degrees (as well as types) of sexual and violent content and it is therefore challenging to draw the line between what has “literary, artistic, political or scientific” value and what does not.

While I think the court made the right decision in this case, I don’t know if I can subscribe to the notion that depictions of sex or sexual acts are necessarily more damaging (and therefore merit stricter regulation) for children than violent video games. By citing the Ginsburg case it could become easier to legally justify censorship of nudity and nude images when it is not  merited, for example in the case that the Supreme Court is set to hear after its summer break involving the FCC and indecency regulations.

The ambiguity surrounding  obscenity is especially  fraught when it involves minors. It is understandable that parents would want laws to protect their children from physical or psychological harm.  The court, however, was appropriately skeptical of the causal links between video game violence and aggressive behavior. Identifying causation can be informative but it can also be misleading. Statistical evidence and psychological studies can be easily manipulated or skewed, even unintentionally. When it comes to limiting free speech, though, evidence should be overwhelmingly compelling.

What this case highlighted for me is the fact that many parents are  unsure of how to process  the content and kinds of media that their children are using.  Media and our interaction with media is probably the most significant change that humanity has seen since the turn of the millennium.  As a result, children as well as adults face  new and complicated challenges. This does not mean we should immediately ban, block, or censor certain material or media for children. It does mean that we need to, as a society, make more time to educate children and young adults about media literacy and that families need to have some frank conversations.