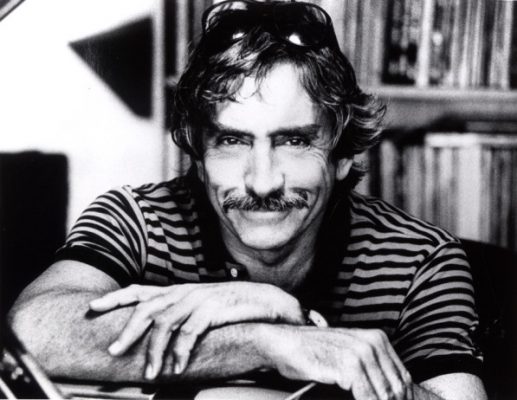 Edward Albee, Pulitzer prize-winning playwright and staunch advocate for artists' rights and free speech principles, died in his sleep over the weekend, aged 88.

Albee became one of the most revered writers of the 20th century for plays like Who's Afraid of Virginia Woolf, about a New-England marriage in slow and torturous decline, which wittily captured the sense of existential dread inherent to the comfortable, yet humdrum nature of middle-class American life. As the New York Times puts it:

"[Albee] was widely considered the foremost American playwright of his generation, whose psychologically astute and piercing dramas explored the contentiousness of intimacy, the gap between self-delusion and truth and the roiling desperation beneath the facade of contemporary life."

Albee was more than just a brilliant writer, however. A tireless protector of his fellow artists and playwrights, Albee was an influential member of NCAC Coalition member the Dramatists Guild, joining originally in 1960. A statement released by the Dramatists Guild described Albee, in his 51 years of service to the organization, as

Routinely [fighting] to protect the rights of playwrights in rehearsal halls, academia, and the Library of Congress, and was a mentor to many playwrights among the generations that followed him. Those of us fortunate enough to serve with him during his long tenure will miss his wisdom, his mordant humor, his stringency, and his passion.

In fact, Albee's work with the Dramatists Guild often crossed over with NCAC's. In one 2007 incident, Albee signed an NCAC letter to a Connecticut school that cancelled a student play about the Iraq war titled Voices of Conlict. The school cancelled the play due to concerns over the "political balance and context" of the perfomance. The letter underlined the Consitutional limits placed on the school in its ability to supress non-disruptive student expression.

That same year, Albee spoke at a gathering of the Free Speech Leadership Council. In conversation with Time Out NY editor David Cote, Albee was asked about the often scandalous nature of his work.

“Do you want to shock audiences with your work? Is outrage a success?” asked Cote. Albee responded, “All art is an act of aggression against the status quo.”