Previous Next
Security For Whistleblowers 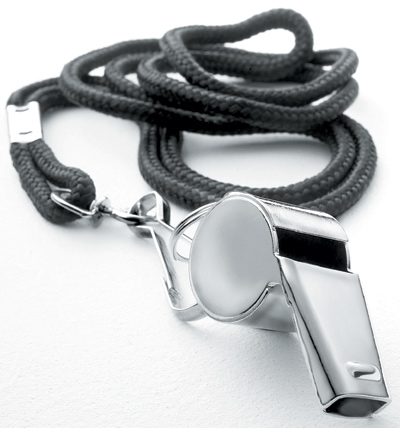 In the wake of the Wikileaks controversy, the Obama administration has increased its efforts to punish government officials accused of leaking classified information to the news media. While the Justice Department has the right to hold FBI, NSA and CIA employees to the confidentiality agreements in their contracts and keep certain information classified, these initiatives are undermining First Amendment principles by prosecuting whistle blowers – individuals who are exercising their right to free speech to report government abuses and/or mismanagement.

The New York Times recently announced that the Justice Department would continue to pursue other cases in its crackdown on national security leaks after Thomas Drake, a former National Security Agency (NSA) officer, pled guilty to a minor misdemeanor charge three weeks ago. Journalists for the New York Times, Politico.com and the Washington Post (as well as other publications that have been following the story) believe that this decision undermined government efforts to make an example of Drake to discourage further leaks. Stephen Kim, an arms expert for the FBI, will still be tried for communicating with Fox News reporter James Rosen in 2009 and lying about it to the FBI. Thomas Drake and Stephen Kim are two of five government employees who have been accused of violating the Espionage Act since Obama has taken office, compared to the three total under all previous presidents. If convicted, Mr. Kim will serve up to 15 years in prison.

The government’s approach to these national security leaks is questionable, particularly its use of the Espionage Act, which has been used in the past to prosecute government officials that sold secrets to the Soviet Union (and was first used to prosecute Daniel Ellsberg in 1971, who published the Pentagon Papers).

The Washington Post specifically featured an editorial discussing the Thomas Drake case, stating that Drake was wrongfully tried as a spy, noting different procedures that the Justice Department could use to to hold government employees responsible for breaching confidentiality agreements – such as revoking security clearances until investigations confirm serious violations. In addition, many laud Drake for helping to expose the NSA’s Trailblazer as a program that wasted tax payers’ dollars and enabled unauthorized domestic surveillance as well as for attempting, along with others at the NSA, to file complaints and notify Congress of this fact. The Justice Department has yet to provide a compelling case that proves that the information that these government employees gave to the press seriously endangered U.S. national security or that these individuals exhibited treasonous behavior warranting trial under the Espionage Act.

It is easy to let fear eclipse the protection of our First Amendment rights to free speech and free expression. However, fears for our national security has allowed gross infringement on individual liberties in addition to government corruption and abuse in past administrations. By promoting self-censorship among government employees and not allowing the public access to information, the government’s current crackdown on national security leaks is undermining basic accountability for organizations like the NSA, FBI and CIA. Measures such as greater protections for whistleblowers should be taken to ensure that both government accountability and civil liberties are not sacrificed to the current national security agenda. A nation without government accountability is hardly secure.