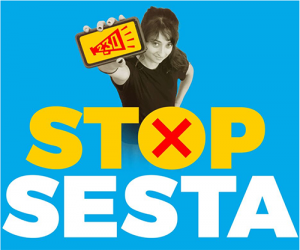 UPDATE March 22, 2018: The Senate has passed the SESTA Bill. The president is expected to sign it into law.

House Bill 1865, known as FOSTA, passed with an overwhelming majority last week. The vote on Senate Bill 1639, the Stop Enabling Sex Traffickers Act (SESTA), is expected this week. While the sponsors of these bills contend that they are aimed at stopping sex trafficking, neither bill actually helps sex trafficking victims confront their abusers and instead both focus on curtailing online speech. Even sex workers oppose the bills, which are likely to make consensual sex work more dangerous. The National Coalition Against Censorship joins with our allies in the free speech community to oppose this bill.

The goal of the SESTA bill–preventing the exploitation of children and adults by abusive traffickers–is laudable. Unfortunately that is not what this bill will actually do. The bill centers on internet communications and applies overly broad restrictions that will chill protected free speech online.

As the Electronic Frontier Foundation (EFF) explains, “Right now, there is nothing preventing federal prosecution of an Internet company that knowingly aids in sex trafficking.” SESTA’s proposed amendment to Section 230 of the Communications Act would open many more sites that host third-party speech up to prosecution for their role as intermediaries.

This bill will be far more effective in censorship online speech than in stopping a single case of sex trafficking.

For more information, including scripts for calling your Senator and other actions, please see: