Louis Delsarte’s ‘Spirit of Harlem’ mosaic mural has been fully restored and was unveiled this morning to the public. 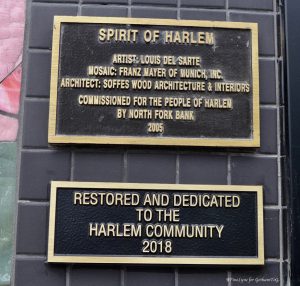 Footaction, a subsidiary of Foot Locker, has responded to calls to restore ‘The Spirit of Harlem’ mural at 125th Street and Frederick Douglass Boulevard in New York. They have committed to removing the  wall and renovating the mural behind it, with the input of the artist Louis Delsarte.

In a statement to NCAC, Footaction said, “We recognize that we disappointed you and the community… We respect Harlem’s rich and diverse history and are committed to preserving and restoring the mural.” Working with Delsarte, Footaction will assess the mural’s restoration needs and return it to view in the “near future.”

NCAC applauds Footaction’s swift response to criticism after covering the iconic mural, as well as all the community members who made their concerns heard and brought such strong attention to this situation.

Footaction, a sneaker and apparel company owned by mega-retailer Foot Locker, has covered an iconic Harlem mural with a wall of black bricks and signage bearing their logo as they re-brand the exterior of their new store. 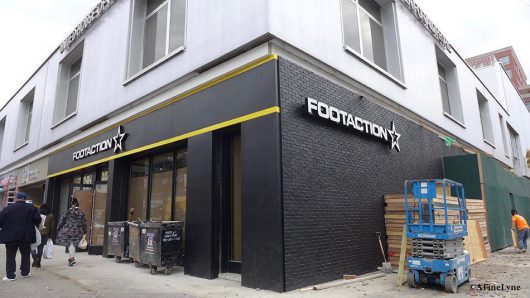 ‘Spirit of Harlem” mural, bricked up

The monumental glass mosaic mural, ‘Spirit of Harlem‘ by Brooklyn-born artist Louis Delsarte, has stood at the corner at West 125th Street and Frederick Douglass Boulevard since 2006. Commissioned by North Fork Bank in 2005, the mural remained on view under the next tenant, Capital One Bank, until Footaction took possession of the space. According to one report, the mosaic remains intact beneath the bricks. An iconic tribute to the Harlem Renaissance and the the artists living and working in Harlem today, many in the community see bricking over the beloved mural as more evidence of the continued erasure of culture and history in this storied neighborhood.

Delsarte, a professor of Fine Arts at Morehouse College in Atlanta, Georgia, is a painter and muralist, printmaker and illustrator, who has produced many public and private commissions. Notable works include the 125-foot-long Martin Luther King Jr. Memorial Mural at Peace Plaza in Atlanta, Georgia, and the monumental public mural ‘Transitions‘, commissioned by New York’s Metropolitan Transit Authority for the Brooklyn IRT subway line’s Church and Nostrand Avenue station. 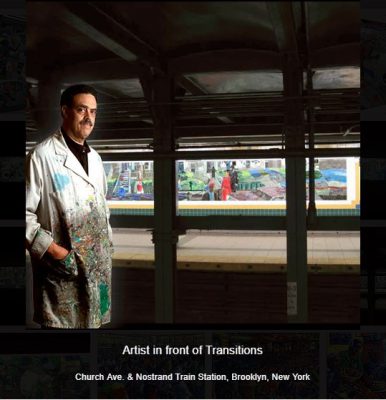 Questions are circulating about the ethical and legal ramifications of covering up or destroying such a work of art, especially one viewed by many to be important to the identity and integrity of the neighborhood. High-profile cases involving the removal or mutilation of artworks in the public sphere include Los Angeles artist Kent Twitchell, who settled a $1.1 million lawsuit against the US government and 11 other defendants for painting over his six-story mural painted on the side of a federal government-owned building. More recently, New York’s Trinity Church prevailed in a suit brought by sculptor Steve Tobin over relocating his site-specific, three-ton sculpture to another church-owned site a decade after they had commissioned it.

Another recent case that comes to mind is one brought by artists against a New York City real estate developer who whitewashed the famed 5Pointz graffiti complex in Long Island City, Queens in the middle of the night. The artists filed suit in Federal District Court in Brooklyn, accusing the developer of violating the Visual Artists Rights Act (VARA). In early November, a six-person jury handed a preliminary victory to the artists, finding that the real estate developer broke the law; the case’s presiding judge will hand down the final verdict.

Add your name to the petition to restore ‘Spirit of Harlem’, posted by Maira Liriano, Associate Chief Librarian at the Schomburg Center for Research in Black Culture.

NCAC is monitoring this developing situation. Please check back for updates.