State Governments Use Money to Censor Movies Filmed In Their States That Disturb Their Sensibilities and Egos.

Previous Next
State Governments Use Money to Censor Movies Filmed In Their States That Disturb Their Sensibilities and Egos. 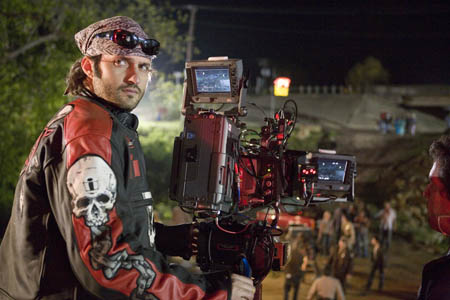 Should states withhold film incentive because a film criticizes its anti-immigration policies or shows too much violence, or because a state official just finds it “objectionable”?

As a way to bring business and revenue to their regions, various states have started creating tax incentives for filmmakers to make their movie there.  A film’s cast and crew can bring millions of dollars.   However, there is a troubling trend of states refusing the incentives in cases where the films express viewpoints state administrators do not like.

For instance, in Texas, the Film Commission is deliberating whether to award tax incentives to Robert Rodriguez “Machete,” which a promotional trailer presented as a revenge story aimed at anti-immigration policies. In Michigan, Andrew van den Houten’s The Woman was denied tax incentives, because it was  “unlikely to promote tourism or to present or reflect Michigan in a positive light,” and because of the “film’s subject matter, namely realistic cannibalism; the gruesome and graphically violent depictions described in the screenplay; and the explicit nature of the script.”  Utah denies incentives to any “objectionable material” and Georgia refuses support to any film with a NC-17 rating.

The viewpoints expressed in a film would have no effect on the economic benefits of shooting a film in a particular location. However, discriminating against viewpoints state officials disagree with would go directly against First Amendment principles. Money can be a powerful incentive in making art: denying incentives to a film that criticizes state policies on immigration, or whatever else, impermissibly uses government funds to discourage political speech.