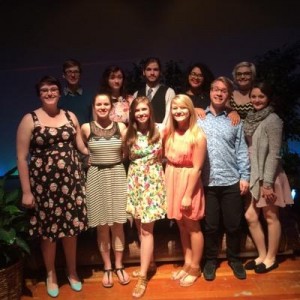 A censorship dispute in Portage, Indiana, was over quickly after it began thanks to the quick action of students.

Members of the Portage High School Thespians had been rehearsing Bad Seed for two weeks when they received word from administrators that the play would have to be rewritten to expurgate references to drugs, alcohol, and sex. The students would have none of that.

On November 11, they spoke up at the district’s school board meeting, noting that the school entered into a contract with the Broadway play's copyright holder, which prohibits a rewrite of the play.

One of the students, Valerie Plinovich, said “They are taking away our potential to be more, to play more difficult characters.”

Board members reacted with surprise, noting that, according to policy, if the district were even to consider such a thing as censorship of a work in the schools, it would have to come before them. It did not.

Superintendent Richard Weigel investigated the matter the next day, meeting with Principal Jennifer Sass and the theater group, and said in a statement that “From my perspective, the purpose of theater is to provide insights into characters that reflect different ways of thinking. Theater provides an opportunity for our students to reflect on those characters, not become those characters.

By Friday afternoon, word had come down that the play would go on as planned, uncensored, on November 20.

The lesson? If a book you’re reading, a play you’re rehearsing, a piece you’re writing, is in danger of being censored, speak out. You can win.

Check out our toolkit, The Show Must Go On, for more information on how to fight theater censorship in the schools.