Students Speak Out: A Curious Incident of Censorship

Previous Next
Students Speak Out: A Curious Incident of Censorship

Two weeks before school was to start, Lincoln High School Principal Allen Burch abruptly cancelled the summer reading assignment of The Curious Incident of the Dog in the Night-Time because a few parents had complained about profanity and religious references in the award-winning novel. The school has a policy requiring a review before books can be removed, but Principal Burch claimed the policy didn’t apply, since the book was not part of the “curriculum” – even though students were supposed to write about it and discuss it in class. Lincoln senior Jaclyn Weinell commented on the situation eloquently in an op-ed in the Tallahassee Democrat on August 24, 2015. 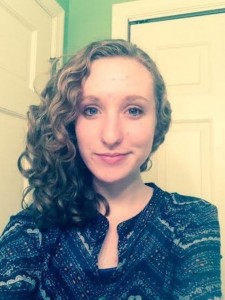 I hadn't heard of "The Curious Incident of the Dog in the Night-Time" before it was assigned to my classmates and me as required summer reading at Lincoln, but it's clear why teachers selected it.

The novel is excellently written, unusual, thought-provoking and has won significant awards. Student readers are encouraged to think – about autism, about family, about atheism and about science – and see the world through the eyes of a 15-year-old narrator with a rather unique viewpoint.

The book shows that differing opinions — and even vastly differing ways of thinking — exist and should be considered.

When the assignment was canceled due to language that made the novel "inappropriate as an assignment for all students," I was stunned and disappointed. While some students were ecstatic that the bulk of their summer work would no longer be required, others were upset and concerned by the implications of the decision and the fact that they would not be able to debate and delve into the novel's content in class.

Flyers were taped up around school urging those who hadn't yet read the book to do so, and the author of "Curious Incident," Mark Haddon, supported the effort on social media.

The flyers also served another purpose; even though they were ripped down, they got people talking about censorship. Evelyn B. Kelly, who wrote "Legal Basics: A Handbook for Educators," defines censorship as removing "from use the instructional materials that have been carefully selected."

"Curious Incident" has been removed from use in classrooms, a decision akin to censorship.

Required reading at Lincoln has included "Fahrenheit 451," "The Catcher in the Rye" and "The Great Gatsby," all of which are superior pieces of literature that include profanity or violence. The language of "Curious Incident" is not more offensive nor more inappropriate than these other significant works. The language serves to reflect a distinct culture and convey realistic emotional differences.

The removal of this assignment sets an alarming precedent. A few parental complaints can change the curriculum for everyone's children, including older students. What literature will parents challenge in the future, knowing that they have the power to stop an entire school from studying a book?

Telling students to avoid books containing "wayward beliefs" implies we are incapable of thinking for ourselves. The removal did not give parents the freedom to parent, but instead attacked freedom of thought.

If administrators do their jobs correctly, this should never happen again. An alternate book assignment should have been offered and enforced. How can students learn "the difference between right and wrong" if they aren't exposed to multiple opinions and allowed to form their own? How can we expect to gain a full education and prepare for adult life if we have gaps wherever a curse word is involved?

Removing one assignment on the basis that the language was inappropriate for everyone at the school is one step away from drastically changing our entire book list — and our education.