Talks Cancelled for YA Authors Meg Medina and Rainbow Rowell 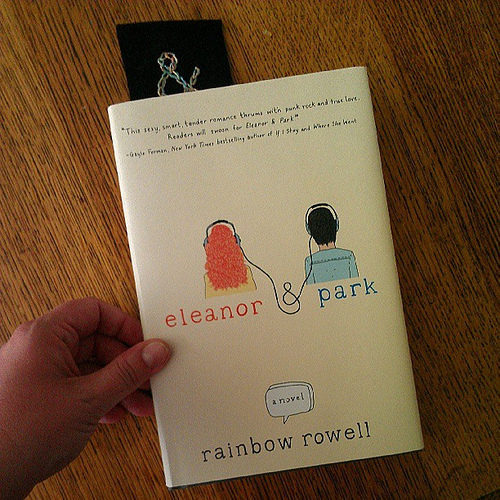 For whatever reason, it sometimes seems that censorship battles crop up in pairs or groups of three. In May 2012, for example, the Kids' Right to Read Project began battling the removal of Todd Parr's The Family Book and other GLSEN materials in Erie, PA because they "advocated" for "non-traditional" families and lifestyles. Just days later, we learned that Davis County schools in Utah had ordered another book about same-sex parents, In Our Mothers House, be kept behind the counter at school libraries.

Now, we're fighting two instances of censorship where young adult authors have had their respective speeches cancelled because of complaints about and fear of what they might say.

Meg Medina was anticipating her visit to Cumberland Middle school in rural Virginia to speak at a bullying awareness event. The invitation had come six months earlier, after a librarian there had heard her speak and was greatly impressed by what she had to say. Medina's latest novel confronts the issue head-on, telling a story of one girl's struggle to forge her identity as she's coping with being harassed.

At the same time, Rainbow Rowell had been gearing up for her speech in front of the student body of Anoka-Hennepin School District in Minnesota. She was also slated to speak at the Anoka County Public Libraries, as the two groups had partnered to select Rowell's book Eleanor & Park for the county Rock the Read optional summer reading book. Many of the district's students did read the book, which has been been the object of much critical acclaim. 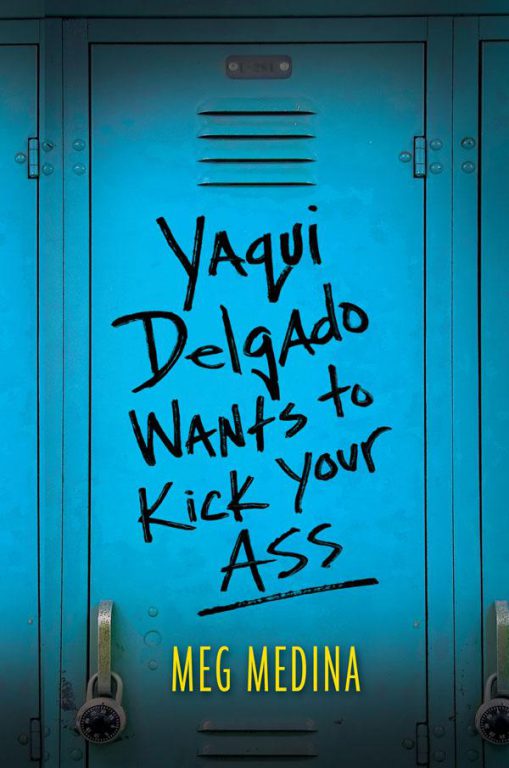 Medina's talk was cancelled after the principal refused to allow her to reference her book Yaqui Delgado Wants to Kick Your Ass or show its cover. The title is also the first line of the story, a phrase that sets up the story: Piddy Sanchez begins her school year with the knowledge that she's the target of some kid she doesn't know for reasons she has yet to understand. Though the book portrays the lived experience of bullying in a way that brings it home for teens, district superintendent Amy Giffin said they decided Medina and her book weren't appropriate. She added that the book "really more to me seemed to address high school and inner city."

Until we got involved in the issue, Rainbow Rowell couldn't be 100% sure she had even been disinvited. The teachers and librarians had showed great enthusiasm at the outset, but as the date of her visit drew near, she was given mixed messages about her contract there and eventually came up against a communications freeze. A parent had lodged a challenge to profanity in the book and asked that the librarians who organized the talk to be punished. They riled up an action group (with experience in censorship) to organize against the author at the level of the County Board. The order came down. The talk was nixed and librarians were asked not to speak on the topic.

These incidents go to show how far people are willing to go in expense of free speech to placate a vocal minority and keep them from being offended. Anoka County has long been a battleground for differing viewpoints and is a place in need of the positive messaging that Rowell's book provides. Both authors' works take into account the realities of bullying and victimization of the weak, the uncool, the misfits.

At the heart of these cancellations lies the belief that we can clean up the world by erasing the parts some people dislike. The alternative is acknowledging those parts, dissecting their roots, asking how we can change them and facing them head on. That is what Medina and Rowell are interested in doing. To censor an author because she might use the word "ass" (a banal swear) is to run away from the power of language. It is a missed opportunity for a lesson about how and why words affect us in different or greater ways. Would-be censors cry out that this-or-that literature/trash doesn't belong in a classroom or a school or a library. But ignoring realities rather than confronting them, white-washing the world so it makes a prettier picture, is the antithesis of education.

Ironically, both talks were set to take place during Banned Books Week.