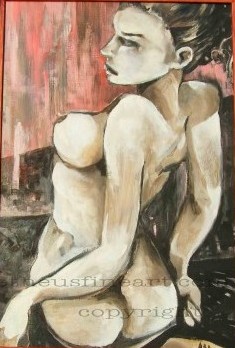 In January, artwork by Jeff Hebron, which had been selected for inclusion in a Temecula, CA juried art exhibit (Visual Expressions 2010), was removed upon the request of the City Management. The problem: the painting depicted a nude figure. The gallery where the piece was to be shown is a city-owned space, which is why there are serious First Amendment concerns. NCAC sent a letter to Temacula City Manager, Shawn Nelson,  protesting the censorship.

It is not the role of a public official to shield the eyes of the public from work because he subjectively decides it is not “family-friendly.” The arbitrary, subjective, and vague determination of what might be “appropriate” for the venue has led in this case to the impermissible imposition of an individual’s viewpoint on the whole community.

Simple nudity is not sufficient grounds for excluding artwork from public exhibition. If it were, a vast amount of great art, including masterpieces like Michelangelo’s David, would be off limits.

The nude is one of the central subjects of art. It graces city squares and other public places. The imposition of a government official’s belief that nudes are to be kept out of sight of ‘families’ not only violates free speech principles, it demonstrates disregard for the community at large, whose members should be allowed to see the full range of artistic expression.