The Case Against Nixing VAXXED

Previous Next
The Case Against Nixing VAXXED 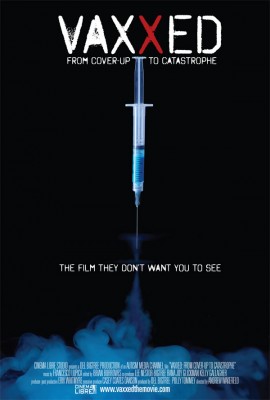 Under massive pressure – and to apparently general relief – the Tribeca Film Festival pulled Vaxxed: From Cover Up to Catastrophe, a film directed by Andrew Wakefield, the discredited doctor who authored a fraudulent 1998 study claiming links between the MMR vaccine (measles, mumps and rubella) and autism. The film is advancing a debunked idea, which has already caused much damage by convincing parents to refuse the vaccine and thus expose children to dangerous diseases. While the festival claimed it wanted to open a discussion, everybody but a handful of pharma-medical establishment skeptics and Wakefield supporters insisted there was no such need: the issue was settled.

So, what could be the downside of the film’s withdrawal? As a private company, the Tribeca Film Festival has the legal right to suppress certain views without raising the specter of censorship. Yet, as a prominent cultural institution, its decisions have consequences, and it is these consequences that need to be questioned.

For one, a discredited doctor is now taking the mantle of free speech martyr, one whose “counter medical establishment truth” is attacked by those in power. The banishment of Wakefield’s film by a highly regarded festival after national outcry makes it appear as if his ideas are so hard to challenge that they cannot and should not be seen; that, indeed, these ideas are so powerfully contagious, mere discussion and debate is no match for them. The beliefs of Wakefield's supporters are only strengthened by the possibility that pressures from some of the donors to the festival – with an interest in promoting vaccines – were key to the decision to cancel the screening. To these skeptics, this is one more successful attempt to squelch the conversation about the safety and side-effects of vaccines and pharmaceutical products in general.

The ironic logic of public suppression of ideas is that those ideas get more airplay. The widely-publicized banishing of Vaxxed is likely to backfire for those concerned that the ideas in it are a potential health hazard: the publicity around the cancellation will make many more want to see the film when it opens in theaters (nothing like “Banned” as an advertising slogan…). At the same time, the opportunity to create a substantial critical context for it within the context of the Festival is lost.

Admittedly, if the film was selected so as to open a discussion, its presentation by the festival was poor: there was no mention of Wakefield’s losing his medical credentials in the publicity materials, and the planned after show discussion did not feature anyone who would have challenged him. Not much was done to actually prepare the ground for open discussion. However, this could have all been changed. As it is, the sides remain woefully separated: the side opposing Wakefield self-congratulates, the side (yes, it exists) supporting him feeling that the conspiracy they always suspected existed has tentacles everywhere.

And the festival itself, having assuaged its critics, ends up in a much weaker position. There are doubts as to its selection process: the organizers cannot have been unaware of Wakefield’s reputation when selecting the film, so why did they reverse their position rather than assert their motives? And what will they do next time when a controversial film – about climate change for instance – begins to receive vocal complaints? If the Tribeca Film Festival wants to produce platforms for discussion, it should be prepared for complaints. In the game of suppress or else, there may be a third way: create the possibility of a real discussion and let bad ideas be seen for what they are, let them sink on their own. No other way really works.