Previous Next
Virginia Veto: Good News for Freedom to Read 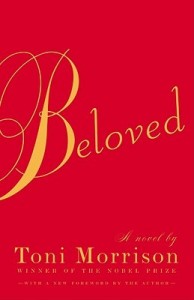 The National Coalition Against Censorship (NCAC) welcomes the news that Virginia governor Terry McAuliffe has vetoed HB516, which would have required parental notification whenever "sexually explicit material" was being taught in the state's public schools.

The legislation was opposed by teachers, students and an array of free speech and freedom to read advocates. It was often called the "Beloved Bill" because it originated with one parent's unsuccessful attempt to remove Toni Morrison's classic novel from an AP English curriculum at her son's high school in Fairfax.

In a March 8 letter to Gov. McAuliffe, NCAC urged him to veto the bill, arguing that it "would prejudice educationally valuable content, undermine the quality of public education in Virginia, and contravene important First Amendment principles." The letter was signed by the American Booksellers for Free Expression, Association of American Publishers, Comic Book Legal Defense Fund, National Council of Teachers of English, the American Library Association's Office of Intellectual Freedom, Society of Children's Book Writers and Illustrators, and the Children's and Young Adult Book Committee of PEN American Center.

Critics of the bill pointed out that legislators provided no means of determining what might be deemed "sexually explicit," a label that could potentially have been applied to a wide range of classic works of literature. In his statement, McAuliffe wrote that HB516 "would require the label of 'sexually explicit' to apply to an artistic work based on a single scene, without further context. Numerous educators, librarians, students, and others involved in the teaching process have expressed their concerns about the real-life consequences of this legislation’s requirements."

"Vetoing this counterproductive legislation was the right call," said NCAC's executive director Joan Bertin. "The selection of educational materials rightly belongs in the hands of Virginia's professional educators who make decisions based on sound pedagogical criteria to ensure that Virginia's students receive a high quality education."