The Fuss over GQ’s ‘Glee’ Photo

Previous Next
The Fuss over GQ’s ‘Glee’ Photo

The Parents Television Council has done a lot of things bordering on the inane, but this time they’ve outdone themselves by saying that the cover of GQ magazine “borders on pedophilia.” As Frank Bruni pointed out in the New York Times, the women pictured on the cover are 24. Somebody at PTC should check the dictionary before using big words. Pedophilia is “sexual desire in an adult for a child” or “the condition of being sexually attracted to children.” The women on GQ’s cover hardly look like children. 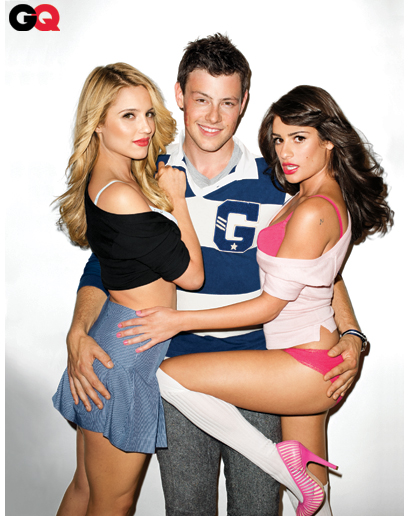 PTC seems to think this detail doesn’t matter, because the women appear in Glee, a “family show” on Fox-TV program. Ergo, Glee is no longer “appropriate for young viewers.”

The Glee audiences are probably not regular readers of GQ. But, thanks to PTC, those young viewers will probably be eager to check out the latest issue. It’s not likely they’ll be scarred for life. If you’re curious about what has gotten PTC’s knickers in such a twist, check it out here.