Previous Next
The Rabbit Proof Firewall

China has been dominating censorship headlines recently, but, while we’ve been focused on the Great Firewall of China, a Great Firewall Reef has been growing in the democratic West. 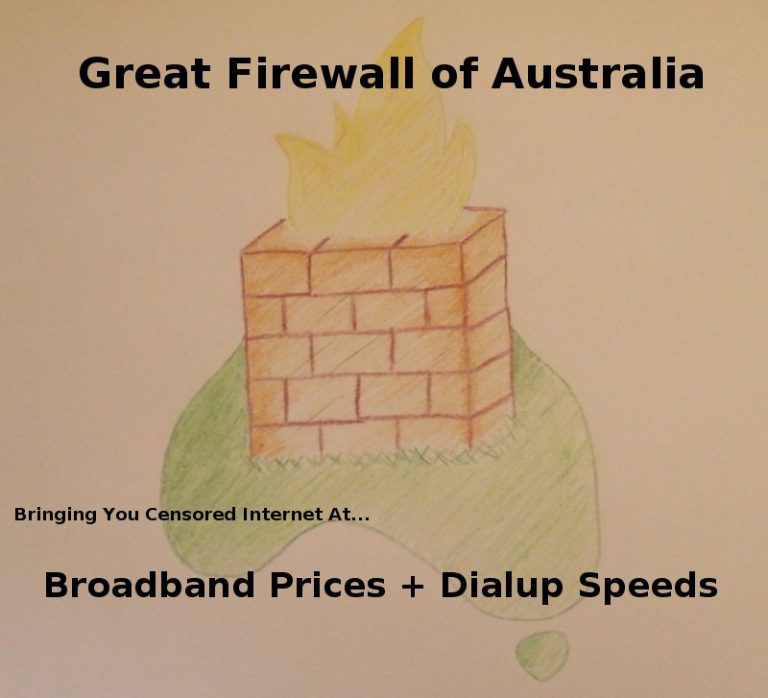 Australia has one of the harshest censorship regimes among the world’s democracies.  Films like Ken Park (Larry Clark) and Salo (Pier Paolo Pasolini) have been Refused Classification and are not allowed to be sold or screened in the country.  Now, Australia is planning to bring the strictness with which they view films and television to the Internet.  Currently, the Australian Communications and Media Authority (ACMA) uses the rating system in place for films as a way to rate domestic and foreign websites.  If there is a complaint about a website, ACMA investigates.  Content is deemed prohibited if it would receive an RC (Refused Classification) or X18+ (cannot be exhibited or sold in Australia, except in two territories) rating. Content that would receive an R18+ (only people 18 and over can watch) or MA15+ (must be 15 or over, or watch with parental supervision) rating can only be displayed with a restrictive access filtering program installed by the webmaster, like a credit card verification program.  When something is deemed prohibited, ACMA can issue a take-down notice, which compels whoever runs the site to take it down.  Even more broadly, the government can issue a take-down notice if content is deemed to be potentially prohibited, meaning that there would be a substantial likelihood of the content receiving a certain rating.  Those who do not comply with the notice can be fined up to 11,000 Australian dollars, or about $9,800.  Also, a list of banned websites has been compiled by ACMA and given to internet filtering companies, who offer filtering software to those who voluntarily choose to use it.

But it doesn’t stop there: There is proposed legislation to make internet filtering mandatory for all Australians.  The voluntary filtering service that uses the ACMA blacklist will become required for all Internet users in the country.  Content that will be banned from cyberspace ranges from child pornography to discussions on euthanasia.  There is also new legislation that is being pushed by the Labor government to compel ISPs to keep track of the activities of their subscribers. It has been alleged that the government is trying to get a hold of the web browsing history of its citizens.  When certain groups asked for more information from the government, it released a key document on the initiative; however, the document itself was heavily censored.

Let this serve as a cautionary tale.  We in the United States have been lucky, so far, to avoid state censorship of Australia’s magnitude.  However, that is not to say that it could never happen here.  In the wake of more obscenity prosecutions and attempts to curtail an uncensored Internet in the name of protecting children, it is more important than ever to stand up against censorship in all forms of media.  Otherwise, we could end up with our own American Communications and Media Authority.