While paying lip service to the fact that fair use is the way in which the inherent tensions between the First Amendment and copyright law may be resolved, Judge Batts’s recent decision for the Southern District of New York in Cariou v. Prince preserved fair use protection for only those works that comment on or criticize the original copyrighted work. While Batts states she is not making any value judgments about the works at issue, undergirding the court’s opinion in Cariou is an apparent dislike of Prince’s chosen method of expression, namely using images already in existence to make his art, and an implicit rejection of this common and important artistic practice.

The purpose behind the constitutional grant of copyright is to promote the progress of science and the useful arts (U.S. Const. Art. I. Sec. 8 Cl. 8), not to reward artists and creators for their labor and efforts. Indeed, the “sweat of the brow” doctrine in copyright law was explicitly rejected by the Supreme Court in Feist Publications, Inc., v. Rural Telephone Service Co. (1991). The dangers of the chilling effect of copyright legislation on common artistic practices are particularly evident in a case such as Cariou—the works Prince created will be impounded or destroyed, eliminating the public’s ability to view and appreciate them. And the next time an artist wants to make a collage, or use found imagery to make a new work, the ruling of Cariou will instruct against creating the work at all for fear of infringement.

When one considers the importance of collage and other forms of appropriative activities on criticizing or questioning mainstream cultural norms (John Heartfield’s scathing collages attacking the Nazi regime during WWII or ACT UP’s AIDS awareness campaigns that appropriated common advertising tropes and iconography come immediately to mind) the Cariou decision seems more and more appalling. As copyright owners continue to push for even further expansion of the copyright monopoly (see the current debates about the Protect IP Bill in Congress or extending copyright term limits yet again), and with legislators increasingly willing to comply, the fair use doctrine must be interpreted broadly in order to ensure that the ominous threat of litigation does not stifle avenues for creative expression. Instead of merely acknowledging the role of fair use in the protection of our First Amendment rights, jurists should use their power to ensure that the fair use doctrine actually does function as the valve releasing the tensions inherent in copyright and the First Amendment. 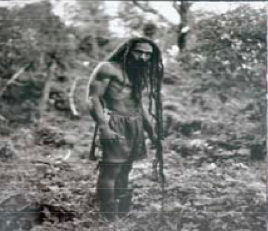