There Are Things Facebook Doesn’t Want You To See 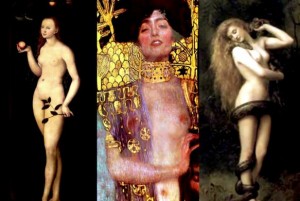 Anti-censorship activists are well aware that Facebook won't let users post anything they want; it is, after all, a private company operating in many countries that take a dim view of free speech. But the social media giant still manages to provide bizarre examples of censorious actions — in some cases, ones that don't appear to violate Facebook's guidelines.

As TakePart's Jennifer Flynn's reported, Facebook has banned a trailer for the book After Abel and Other Stories by Michal Lemberger. Why? The trailer includes nude art. Flynn explains:

The nudity in the video apparently violated Facebook’s community standards, even though it was represented in artistic renderings — medieval and Renaissance paintings, drawings, and sculptures of female biblical characters. The explanation O’Sullivan received from Facebook: "Ads are not allowed to promote the sale or use of adult products or services, including toys, videos, publications, live shows or sexual enhancement products."

The book's publisher has appealed Facebook's decision, but to no avail. Facebook's Community Standards says they "allow photographs of paintings, sculptures, and other art that depicts nude figures," so it's not clear what the problem might be. You can watch the offending trailer here:

It's more common to see Facebook remove content because of complaints from other users, which is what just happened in Australia:

A television show trailer featuring Aboriginal women painted in ochre for a traditional ceremony has been pulled from Facebook due to the social media platform's nudity guidelines.

The trailer "features two scenes in which elderly Aboriginal women have their breasts bare for traditional ceremony"— and that bothered someone, who presumably flagged the content as offensive.

Facebook's nudity guidelines  have come under fire before, most notably when the company finally decided that breastfeeding photos that included an exposed nipple would be allowed. They made a similar exemption for photos "showing breasts with post-mastectomy scarring." But those changes only came about after an organized campaign.

our policies can sometimes be more blunt than we would like and restrict content shared for legitimate purposes. We are always working to get better at evaluating this content and enforcing our standards.