Previous Next
Utah Art Center Gets $60k Settlement from City for Eviction, Censorship

After cries of censorship, an eviction and a lawsuit, The Central Utah Art Center (CUAC) will receive a $60,000 in a settlement with the city of Ephraim, it was announced Friday. The lawsuit was filed in early 2013 after the CUAC was evicted from the space they had inhabited for 20 years. 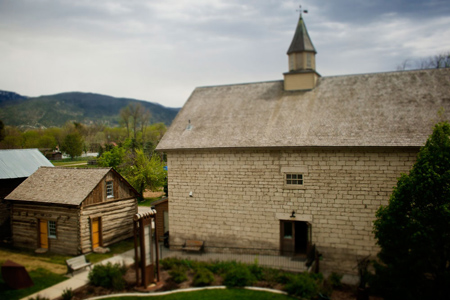 The city alleged the CUAC hadn’t fulfilled its promise to build community engagement programs; the CUAC said the eviction was censorship, retaliation for shows in 2011 and 2012 that investigated themes such as sexuality and gender identity. Art center Director Adam Bateman said he felt it was an identity issue: the contemporary works strayed from the norm for the town.

While the settlement is on its face a victory for the CUAC, some of the damage was already done. Though it found a new home in downtown Salt Lake City, the brouhaha caused the center to lose a year of grant applications for new exhibitions. So while Ephraim did not silence the Center for good, it did successfully force it out of the town. A new art center will soon move into the old CUAC building, presumably with walls full of tame, pastoral works.