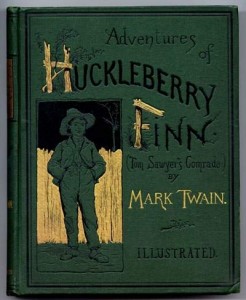 UPDATE 12/8/2016: Success! With immediate effect, the school board voted to reinstate To Kill A Mockingbird and The Adventures of Huckleberry Finn in school classrooms and libraries. The school board has also announced it will be re-convening to evaluate it's policy for responding to parent complaints.

NCAC is currently drafting a letter to advise the board on how best to proceed with the revisions in a way that prevents future censorship from occurring.

UPDATE 12/6/2016: The National Coalition Against Censorship (NCAC) has written to the Virginia school district that removed two masterpieces of American literature– To Kill a Mockingbird and The Adventures of Huckleberry Finn— from classrooms because a parent complained they contained racial slurs. See below for the full letter.

NCAC’s letter to the school district underlines the foundational place of the two works in the American literary canon. The letter states that removing the books would raise First Amendment concerns. It also criticizes the district policy that suspends works, upon complaint, prior to review. Such a policy runs the risk of wreaking havoc on reading lists and curricula, as the school allows the opinion of a single parent to disrupt the education of every student.

The letter is co-signed by the National Council of Teachers of English, the American Civil Liberties Union of Virginia, Authors Guild, American Booksellers for Free Expression, Association of American Publishers, Comic Book Legal Defense Fund, PEN America and the Society of Children’s Book Writers and Illustrators.

*Join us at 1pm EST on 12/5/2015 on reddit.com/r/books where we will be conducting an AMA discussing this incident and book censorship in general.

NCAC is in the process of writing a letter to a school district in Virginia in response to a formal parental complaint that calls for a district ban on To Kill a Mockingbird and The Adventures of Huckleberry Finn due to their use of the racial slur ‘nigger.’ This incident is particularly egregious because Accomack County Public Schools has already temporarily removed these universally acclaimed works from its classrooms and libraries, even though the review committee may ultimately vote to retain them. Per district policy, a committee including a principal, a teacher, a parent, and a librarian will make a recommendation to the superintendent, who will ultimately determine the fate of the book.

NCAC will explain the importance of reading these classic novels; each book enables readers to gain a historical understanding of race relations in America and invites them to examine race in the present day. Although discomforting to some, the racial slurs are realistically depict American history and should be addressed under the guidance of a teacher. By avoiding discussion of controversial issues such as racism, schools do a great disservice to their students.

We will also examine legal and practical issues surrounding the removal of these two literary masterpieces. Courts have warned that removal of books that contain disfavored ideas may violate the First Amendment, and successful challenges to books will invite future challenges that encourage teachers to avoid selecting any books with controversial themes.

Finally, NCAC will urge the district to reexamine its policy of temporarily removing books while complaints are adjudicated. Books should remain in libraries and classrooms unless and until a committee rules otherwise.