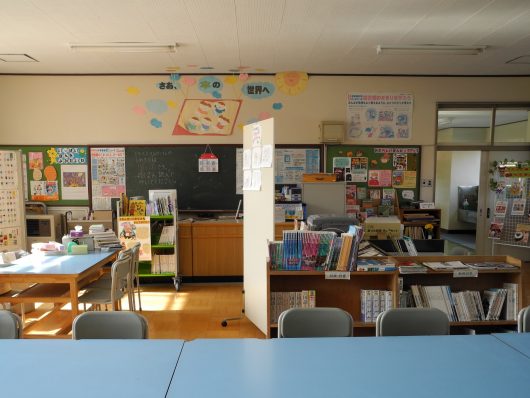 Award-winning children's book author Kate Messner latest work, The Seventh Wish, arrived in bookstores this week. A fantasy novel involving talking fish and Irish dance, the book also deals with the very real epidemic of opiate addiction in the United States. To promote the book on its release day, Messner was invited to speak to children in Vermont, at South Burlington's Chamberlin Elementary School. However, despite being planned back in January, with less than a days notice, Messner was sent an apology note explaining that her visit was to be cancelled. She discovered that this was because of the book's central theme of addiction.

On Friday, Messner expressed her profound upset over the situation in a personal blog post, describing how the school principal and librarian "told [her] they felt they hadn’t prepared their students well enough for that visit." Adding insult to injury, they proceeded to return the 20 copies they had ordered from a local bookstore to display in the school library.

The apology note, addressed to Messner from the school's principal, Holly Rouelle, has since been obtained by Vermont Paper Seven Days. In the note, Rouelle acknowledges that the visit was scheduled in January, when an advanced copy of the book was sent to the school, and apologizes for their lack of awareness in regards to the subject matter of the book. Upon discovery of the story and its involvement of drug addiction, Rouelle explained that, "I felt that parents and families needed to be informed, so that they could be prepared for any follow up conversations that might come up when their child came home." According to Rouelle, the school's teachers had not had the chance to weave such an "intense subject" into the curriculum and, as a result of their unpreparedness, she had to make the "difficult decision" to cancel Messner's visit. In the same message to Seven Days, Rouelle maintained the rescinded invitation was not a case of censorship:

In no way was this an issue about censorship. We had only one advanced copy of the book because it wasn’t for sale yet. We sent the order form home for the books and when only one returned and it was for a different Kate Messner book, I realized that while parents may have glanced at it, when they realized it was an order form they had probably missed the sentence describing the important topic of heroin addiction in The Seventh Wish. Typically we communicate important information to families in multiple ways such as our weekly family newsletter and classroom blogs or newsletters.

Rouelle's decision to cancel the speaking event appears to be call of judgement rather than the dictate of any school or district policy. However, the reasoning behind the move to return the ordered books, which presumably could be kept until after the necessary preparation was conducted before being read, remains unclear.

In her blog post, Messner draws attention to an email she received from school librarian in a different district explaining how she would never her child a book about heroin "because he doesn't even know what it is." Messner responds:

A library "[serves] real children in the real world. A world where nine-year-olds are learning how to administer Naloxone in the hopes that they'll be able to save a family member from dying of an overdose. And whether you teach in a poor inner city school or a wealthy suburb, that world includes families that are shattered by opioid addiction right now. Not talking about it doesn’t make it go away. It just makes those kids feel more alone.

UPDATE 6/13/2016: In an email sent to the NCAC, Messner said that South Burlington's Chamberlin Elementary School will stock The Seventh Wish in its school library. The school had originally deemed it necessary to return the copies it had ordered for its library. In the email, Messner said that she thinks "pressure from the media and social media" helped change the school's decision.