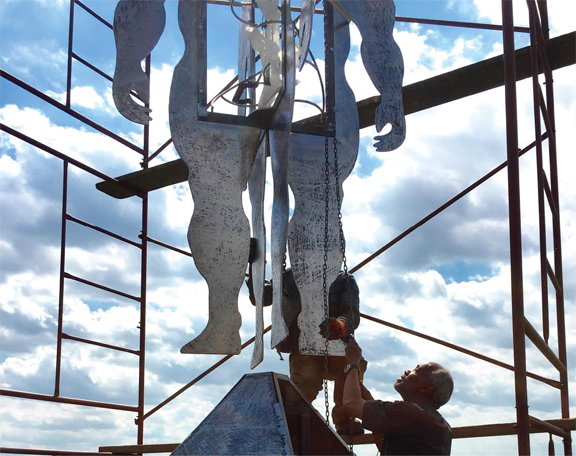 UPDATE 6/15/2016: Following dialogue with the artist, the Department of Parks agreed to have the sculpture displayed as the artist originally intended, with the noose element.

“Some will look at the noose and say its intended as a reference to the Black American experience…more so it is about human behavior. Many of us have either experienced or borne witness to the depth and expanse of America's hate on so many levels. So my sculpture is an intended voice for all of us in its denouncement of hate.” – Aaron Bell

Bell's sculpture is part of the public art program Model to Monument, a partnership between the Art Students League and the New York City Department of Parks & Recreation. Its purpose is to train artists to produce work for public spaces and thereby bring contemporary sculptures to thousands of New Yorkers and visitors through temporary installations in New York City parks.

Commissioner Silver initially responded to NCAC's letter by stating that the Parks’ art professionals take into account a number of considerations when assessing proposals for public artwork. This includes, he said, the  “clarity of message—- not the message itself.” Thus, according to Commissioner Silver, the noose in Mr. Bell's original proposal was requested to be removed because of its “ lack of visual clarity." However, Mr. Bell’s requests for dialogue with the Parks Department, in order to discuss the issue, at first went unanswered. The noose, a visual element of exceptional clarity, was removed and the sculpture was installed last week with a planned replacement of back-to-back wide-open mouths. Now, however, the noose will return to the sculpture as soon as it is finished.

Nonetheless, Commissioner Silver's initial argument in regards to the noose element's lack of aesthetic clarity contradicted earlier reports of the Parks Department's decision in the New York Times and elsewhere:

In an email to the league, Jennifer Lantzas, the agency’s deputy director of public art, expressed apprehension on the part of staff members that “the image of the noose could be problematic for the borough.” Mr. Bell’s design was rejected. Sam Biederman, a spokesman for the department, told me in an email that the decision was based on a concern among parks officials that the proposed site “is adjacent to an area regularly programmed with passive recreational activities such as yoga, Pilates and senior movement.”

The reality is that art often provokes impassioned responses—sometimes angry, sometimes enthusiastic. However, as a government agency, The Department of Parks cannot use its power to impose its distaste for a particular message on the entire community. Nor can it discriminate against forms of expression that some people may find disturbing.

At a time when both the Black Lives Matter movement is fighting to end racial violence and the struggle for social justice is inspiring students across the country, the original decision of the Department of Parks to censor art in order to keep visitors of Riverside Park undisturbed by politics is both indefensible and insulting.

Editors note: this post has been updated to reflect the reversed decision of the NYC Parks Department 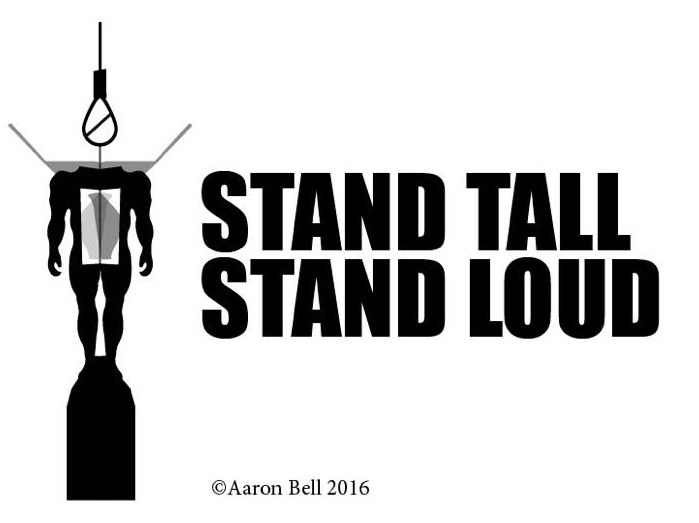