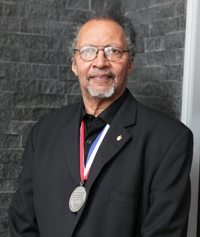 Award-winning and often banned author, Walter Dean Myers, talks to the Write Stuff about why he writes for “troublemakers,” his biggest challenges about being the National Ambassador for Young People’s Literature, and his latest work: a self-help book for inner-city kids.

What challenges have you had as National Ambassador for Young People’s Literature?
The biggest challenge is to convince educators and administrators that even the poorest parents have a desire to help their children and will engage their children positively if they are given the tools and methodology.

“Reading is Not Optional” is your platform as Ambassador. I’ve also heard you talk about the need to close the reading gap, especially since most illiterate kids in this country are minority and poor.
My main objective is to bring attention to the problem. We seem, as a nation, more than willing to overlook the problems of the poor.

You visit hundreds of schools and detention centers. What are some of the most moving things kids say to you about your books?
The most touching are the children who tell me that they wish they had read my books prior to getting into trouble. I understand that to mean that my books have brought them the language of their own emotions and problems and the concept that they are not alone in the world. This is the most we can ask of any book. 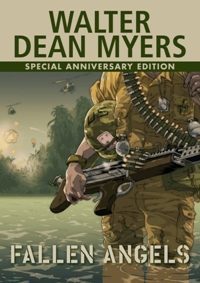 on you. Do you wish there were more books you could relate to while growing up?
I understood that my life was different than the lives of children I saw on television or read about. I assumed, as so many children do today, that I was also different. Books depicting my family and neighborhood would have included me in the fabric of America

Where does the inspiration for your books come from?
The characters I write about—troubled kids from the inner city—reflect my own upbringing.

How did books become so important in your life?
Books were important to me early on because my foster mother read with me. I think I liked hanging out with her more than I liked the reading.

Your mom died when you were 18-months-old. You grew up poor and with foster parents. You also became a gang member and dropped out of high school. How’d you manage to turn things around?
I could read reasonably well at five. I always had, therefore, the chance to ‘get back into the game.’

Tell us about the first time one of your books was banned. What went through your mind?
I was annoyed, but I also understood that the children I write about are usually regarded as the “troublemakers” and the ones least likely to succeed. It hardly came to me as a surprise that schools and teachers would not want their lives celebrated.

Your three most challenged books include Fallen Angels, which deals with the Vietnam War, Hoops, about a teenager’s love of basketball, and Monster, an award-winning novel about a 16-year-old on trial for murder. Is book-banning ever justified?
Books should be age-appropriate, of course. I think that parents and teachers have an obligation to make sure that they are age-appropriate, but I don’t see a justification for censorship beyond that point.

Does book banning do more harm than good?
I think that most often the people wanting to censor books are well-meaning and concerned about the welfare of their children. But I suggest that children will be exposed to the world in spite of their efforts, and that exposure is best handled in a school setting. 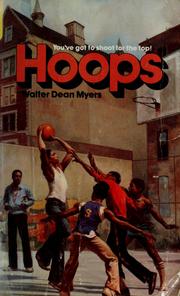 Does the fear of being censored affect your writing?
I write to establish the humanity of the children I identify as my major audience. I’m not trying to push any boundaries.

Do your editors ever try to tone down you drafts?
My editors have been great.

What advice do you have for those parents who say they just want to protect their kids?
I wanted my children to be ready for a world they would sometimes find difficult to handle, as I have had to be ready. There are no social cocoons to shield young people from the realities of life.

Why is free speech important?
We express the concepts of our humanity and of our personal freedoms through speech.   No people can fully realize their potential or be truly free if their speech is fettered.

What are you working on now? Are there any movies in the works?
Spike Lee has optioned Monster.  I am working on my first self-help books for inner city kids.