Screenshot from Monday, June 3rd at 11am

Despite careful efforts by NCAC and Spencer Tunick to create an artwork that adheres to Facebook and Instagram’s nudity guidelines, the hashtag for the #WeTheNipple campaign has been blocked on Instagram and over 500 images supporting the art action have been removed.

Over 100 people posed nude at dawn on Sunday, June 2nd, to create an art action challenging social media censorship. Almost immediately following the event, hundreds of #wethenipple posts with images from the action began were censored. As of Monday, the entire hashtag was blocked without an opportunity to appeal–or to explain that the images do, in fact, meet the community guidelines. 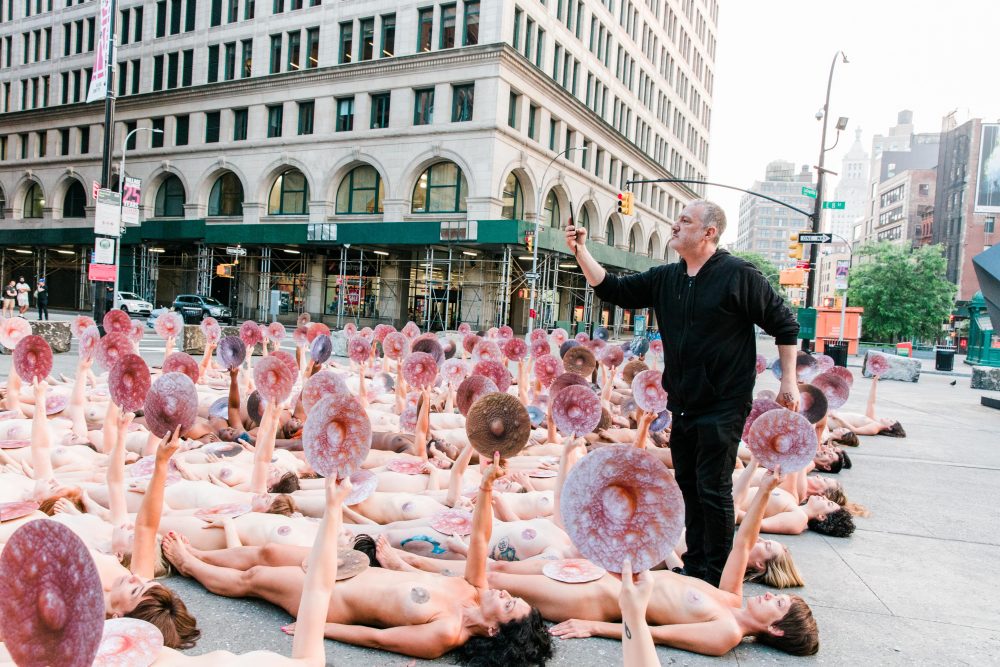 The action, staged in front of Facebook and Instagram’s New York headquarters, was created to conform with current Instagram guidelines, even as it raises awareness around the restrictions these guidelines pose for artists. In the images, no genitals or female nipples are visible. All female nipples were entirely and meticulously covered with stickers representing male nipples, sourced and created by NCAC and Tunick. All genitals were additionally covered with large round cardboard cutouts also representing male nipples. All visible nipples are male. And yet, the images continue to be censored online.

Svetlana Mintcheva, NCAC’s Director of Programs, said, “Here we have the suppression of an awareness campaign that falls within community guidelines with no option to appeal. We are asking Facebook to work with us so that artists do not have to face the frustration and sense of helplessness provoked by such a turn of events.”