At sunrise on Sunday, June 2, 2019, 125 people posed nude in front of Facebook and Instagram’s New York City headquarters at Astor Place to challenge social media censorship. In collaboration with the National Coalition Against Censorship, artist Spencer Tunick created a photographic artwork as part of their #WeTheNipple campaign. 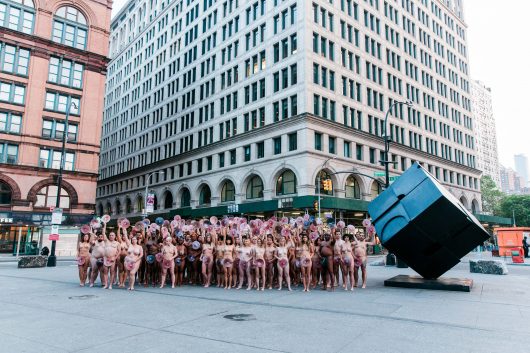 The campaign calls for a change in the polices of both social media platforms to allow photographic artistic nudity. NCAC has written an open letter to Facebook, which owns Instagram, asking them to commit to supporting artists, rather than silencing them. NCAC has asked Facebook to convene a group of stakeholders in the arts to develop new guidelines for artistic content. 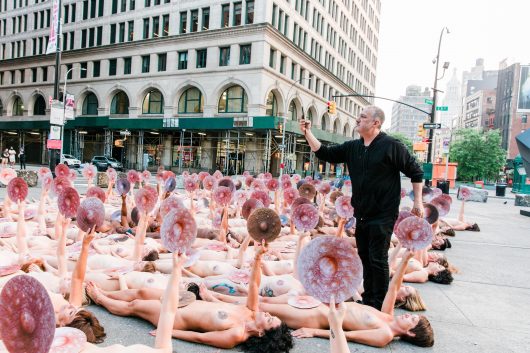 Spencer Tunick has been creating large scale nude photographs for decades. His work has influenced public nudity statutes and artists working with the nude worldwide. And yet, to share his art with his global audience on social media, he must meticulously censor it. Tunick explained, “The work I’m allowed to post is fundamentally different from the work I make. To me, every pixelated nipple only succeeds in sexualizing the censored work. As a 21st century artist, I rely on Instagram. It’s the world’s magazine and to be censored on it breaks my spirit.” 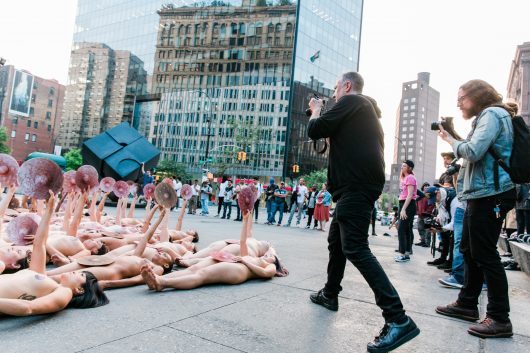 Svetlana Mintcheva, Director of Programs at NCAC said, “We recognize that moderating content for billions of users is challenging and draw the line between art and images that are not art is hard. Yet, if Facebook and Instagram want to be platforms for artists, they need to modify their current overbroad ban on photographic nudity, which harms artists who work with the human body, especially those exploring issues of gender and identity. We urge the company to adopt an art-friendly policy developed with the help of a group of global stakeholders, such as arts advocates, historians, curators and artists.”

Over 250 signatories, including prominent artists, museums and arts organizations have signed on to the campaign.

Feminist artist Micol Hebron posted a digital male nipple pasty in 2014 and encouraged the public to use it to cover female nipples on social media.