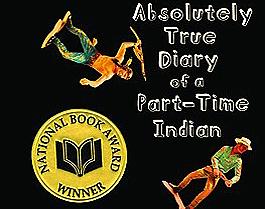 UPDATE 7/17/2017: According to The Eagle, which obtained the vote tally of the board in their decision to decide the future of Part-Time Indian in the ninth grade curriculum, the book will remain in Sauk Prairie district classrooms.

The Board voted 8-5 in favor of keeping the book, following the recomendation of the district superintendent, who wrote to NCAC in May, following our letter, to express her support for the book.

NCAC praises the board’s decision, which has come after several months of discussion and debate around the book’s content. See below for our initial letter, advocating for the retention of the book in 9th grade classrooms.

UPDATE 7/14/2017: The Sauk Prairie School Board is reportedly refusing to disclose its final decision regarding the future of Part-Time Indian in the ninth grade curriculum after the superintendent ruled in the book’s favor.

According to The Eagle, many parents have been vocal about the recommendation of the book, expressing concern about its content and language. The Eagle reports the board will announce their secret decision during their July 24th meeting.

UPDATE 5/22/2017: The superintendent of the Sauk Prairie School District has ruled in favor of keeping The Absolutely True Diary of a Part-Time Indian, following the recommendation of the review committee. The decision comes shortly after NCAC’s letter sent last week, which argued the presence of profanity and explicit material in the context of an award-winning novel offers no justification for its removal from a school library.

However, according to the local WMTV station, the superintendent’s decision was controversial. He had to underline to concerned parents that they could opt their children from reading the book, if they believed it was in violation of their religious values.

New York, NY, 5/17/2017- Kids’ Right to Read, a project of the National Coalition Against Censorship (NCAC), and 6 other organizations committed to defending student intellectual freedom are urging the superintendent of a Wisconsin school district to rule in favor of keeping an award winning young adult novel in the ninth grade curriculum after a community member complained about the book’s use of profanity, sexual innuendo and violence. The groups underline that focusing on decontextualized “objectionable” passages in a book ignores the value of the work as a whole and therefore ask the superintendent to follow the recommendation of the school review committee, which voted in favor of keeping the book.

In April, a formal complaint was filed against the inclusion of Sherman Alexie’s novel The Absolutely True Diary of a Part-Time Indian in Wisconsin’s Sauk Prairie School District over concerns about some of the content in the book. Part Time Indian, published in 2007, has won numerous accolades including the National Book Award for Young People’s Children Literature, and has been praised for its deft exploration of themes including race, poverty, bullying, and identity. Following district policy, a review committee was formed to assess the complaint and the future of the book in the 9th grade curriculum. After hearing arguments about the value of the work, the committee voted 8-5 to keep the novel. The committee recommended that the superintendent, who has the final say over the complaint, keep the book in the curriculum.

Alexie’s novel is frequently challenged in schools and libraries and has repeatedly been featured on the American Library Associations yearly list of the ten most challenged books. Offensive language, sexually explicit material and “cultural insensitivity” are common justifications for censorship.

The groups emphasize that the mere presence of explicit language and violence in a book provides no justification for its removal. Otherwise, countless classic works of literature, from works of Shakespeare to The Catcher in the Rye, would also have no place in classroom and school libraries. The letter notes that a decision to remove the book would also prioritize the opinion of one community member over everyone else, ignoring the opinions of parents who want their children to have access to pedagogically valuable books.

The letter is co-signed by the Comic Book Legal Defense Fund, National Council of Teachers of English, American Booksellers for Free Expression, Society of Children’s Books Writers and Illustrators, Association of American Publishers and Authors Guild.

“ A decision to ban the book sets a harmful precedent that could incentivize future complaints from parents who find books personally distasteful,” said NCAC’s Free Expression Program Associate Josh Zuckerman. “The students will ultimately be the ones who suffer, as they are prevented from accessing thought-provoking literature.”