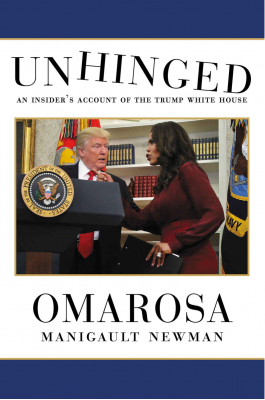 The National Coalition Against Censorship (NCAC) joins 16 other organizations in condemning President Trump’s effort to intimidate a book publisher by threatening legal action. The joint statement, released on August 17, 2018, states that the President’s attempts to intimidate book publishers will fail.

For the second time this year, President Trump has attempted to intimidate a book publisher. Unhinged: An Insider’s Account of the Trump White House, a book by Omarosa Manigault-Newman, contains statements that the president finds “disparaging.” A letter sent to the book’s publisher, Simon & Schuster, claims that the publisher is liable for “substantial monetary and punitive damages.”

The statement stresses how important free speech and access to information about public matters are to the American people. The U.S. Supreme Court has declared that public debate on issues may include “vehement, caustic and sometimes unpleasantly sharp attacks on government and public officials.” Statements about the current administration, however unpleasant, are crucial so the public has information to make informed decisions. Efforts to undermine freedom of speech and freedom of the press are, the statement reads, “the hallmark of a totalitarian regime.”

Read the statement and the full list of signatories below; click here for a full screen view.