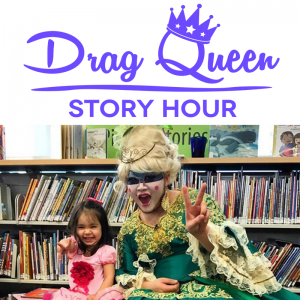 UPDATED August 27. 2018–The Lafayette Public Library Board has upheld its commitment to First Amendment principles and announced that the scheduled Drag Queen Story Time will go on as planned.

The National Coalition Against Censorship (NCAC) supports the Lafayette Public Library’s commitment to open and diverse programming and opposes any effort on behalf of government officials to censor Drag Queen Story Time.

Controversy arose over the announcement that the library would host the family-focused program, which features reading, singing and crafts presided over by drag queens. The event, organized by the University of Louisiana Lafayette’s Delta Lambda Phi fraternity, encourages children to embrace creativity, celebrate individuality and accept differences. On Monday, Lafayette’s Mayor-President Joel Robideaux stated his intent to find a way to block the event from moving forward at the Library, a taxpayer-funded venue.

Robideaux is certainly free to express his opinion. But any attempt to use his power to compel the library to cancel programming because he dislikes the viewpoint it expresses puts him at risk of violating the First Amendment.

As a public space, it is crucial that the library be free to host programming that may not appeal to all citizens, but that fosters open discussion and encourages discovery. The beliefs of one individual—or group of individuals– cannot be allowed to undermine the rights of all members of the community to access programming in a public space.

This particular programming also helps combat bigotry and stigmatization of LGBTQ youth, whose experiences are traditionally underrepresented or silenced.

In a recent statement of support, the board of local television station Acadiana Open Channel Community Media, stated: “We believe that providing space for new ideas not only honors the First Amendment of the Constitution and the core values of the United States as a nation of new ideas, but also, that it is the best way to grow as a public and as a community. Public space is the best space for free speech.”

We could not agree more.