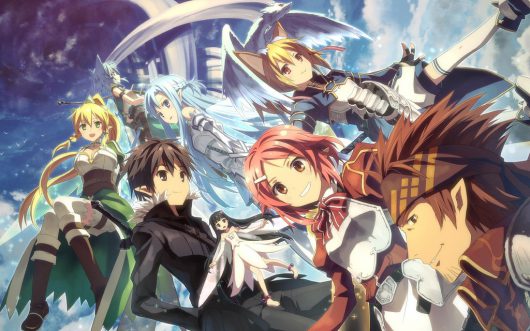 UPDATE 4/25/2017: The Jerome Middle School review committee that convened on Monday to discuss the future of the Sword Art Online: Aincrad in the school library has voted to retain the book. According to local news coverage of NCAC's letter, the committee will issue a recommendation to the school board about the future of the book.

New York, NY, 4/24/2017- The National Coalition Against Censorship (NCAC) and 6 other organizations committed to defending young people’s right to read are urging an Idaho Middle School to keep a popular Japanese manga novel in its library after complaints were lodged about the book’s content. The groups argue removing the book will fail the district’s educational goal of fostering a love of reading in its students by privileging the opinions of the individuals offended by the book over the students who want to read it.

The chair of the English Department at the Jerome Middle School in Idaho issued a formal complaint against the manga Sword Art Online: Aincrad’s inclusion in the school library after a student expressed concern about the book’s content. The book, written for teenagers age 13 and up, is part of a Japanese fantasy franchise about a virtual reality video game that traps its players inside the game. Over 20 million copies of the series have been sold worldwide, and animated adaptions of the series can be found on Cartoon Network and Netflix. The English chair’s complaint claimed the work contained “inappropriate language” and “inappropriate” drawings.

The groups stress that a school library crucially serves as a place students can access a wide range of reading material that both supplements their curriculum and offers a recreational outlet to instill a lifelong love of reading and aid their intellectual development. Manga novels in particular are proven to enhance reading comprehension and develop language skills as the books lend themselves to being reread. Although Sword Art Online: Aincrad will not be suitable reading for every student, the notion that the mere presence of inappropriate language and allegedly suggestive images is justification for a book’s removal sets a harmful precedent that, for example, a classic work of literature that contains adult language, or an art history textbook that includes a nude, should also be kept away from teens.

The letter is co-signed by the Comic Book Legal Defense Fund, the National Council of Teachers of English, American Booksellers for Free Expression, Association for American Publishers, Authors Guild and PEN America.

“Removing the manga novel from the library not only raises serious First Amendment concerns but would blatantly ignore the diversity of opinion in the Jerome community,” said NCAC’s Youth Free Expression Program Associate Josh Zuckerman. “This is precisely why it belongs in the school library: so students can choose to read the book, or not, as they please.”