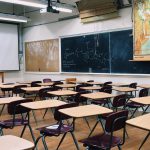 New York, NY, 11/17/2017— The National Coalition Against Censorship is deeply concerned about the cancellation of a scheduled appearance by a Muslim guest speaker at a Connecticut public school. The event at Northeast Middle School in Bristol, CT, was cancelled after the teacher who scheduled it “felt threatened” by phone calls and emails demanding the cancellation.

The cancellation is the latest disturbing example of suppressions of free speech in museums, on college campuses and now at middle schools in response to threats of violence.

Ms. Annam Choudhry was invited to speak during a social studies class on world religions about her experiences as an Islamic American. After the teacher sent a note to parents informing them of the class, she received complaints objecting to Islam being “taught” in a public school. Bristol Public Schools Superintendent Susan Kalt Moreau said she cancelled the event because the calls and emails the teacher was receiving “were, in her words, threatening.” Bristol police report that they were not asked to investigate.

NCAC has documented many protests over teaching about Islam in schools. But this appears to be the first time a middle school has canceled an event due to threats.

However, the use of threats to suppress speech is becoming increasingly common. This year has seen numerous events on college campuses threatened and cancelled. Last month the Guggenheim Museum removed several works from its exhibition of Chinese art after repeated threats of violence.

“Violence – whether as a possibility or actual physical attack – is increasingly used as a tactic to preclude discussion not only in repressive regimes, but in the world’s developed democracies,” NCAC Director of Programs Svetlana Mintcheva said. “Every time threats of violence succeed in silencing expression, our public sphere is impoverished and becomes even more polarized.”

If school officials used alleged threats as a pretext to avoid controversy, their actions would raise serious First Amendment concerns. The Constitution bars schools and other government institutions from suppressing speech because of disagreement with its religious or political viewpoint.

NCAC is urging Bristol school officials to ask police to investigate any threats of violence against the teacher in this case. People making real and credible threats of violence should be prosecuted in accordance with the law. In the absence of such a threat, the events should be rescheduled.  We cannot allow threats to suppress our right to access the diversity of ideas, thoughts and voices protected by the First Amendment.